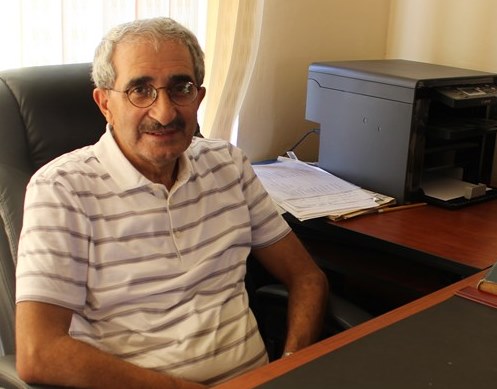 The Institute of Geography assessed the impact of climate change on crop production 2021-08-09 12:40:00 / IMPORTANT EVENTS

The Institute of Geography named after academician H.Aliyev of ANAS conducts many scientific researches on climate change.

Speaking about the results of conducted research, the head of the department of climate and agroclimatology, Doctor of Philosophy in Geography Khayyam Rahimov, said that the development of agriculture, especially crop production, depends on climatic conditions and climatic resources. Therefore, even a small change can have a significant impact on this area. This effect is more pronounced in areas with non-optimal agroclimatic resources. Rahimov noted that most of the country belongs to such areas. He noted that there are three zones, hot, temperate and cold, which in turn are divided into 7 semicircles. "In order to develop agriculture, first of all, areas that provide agro-climatic conditions and resources of plants should be selected."

Stressing that in recent years in Azerbaijan, as well as in the whole world, climate change has been observed, the scientist said that as a result of research, the average annual temperature increased compared to the base period (1961-1990) and is 0.2. - 0.90 C. depending on the region.

The greatest warming was recorded in the western part of the southern slope of the Greater Caucasus and on the northeastern slope (0.7-0.90 C). During the cold period (November-March), warming was higher. The temperature rise in the Lankaran-Astara region was 0.5 ° C during the cold period and 0.60 ° C during the hot period. In the Nakhchivan Autonomous Republic, the rise in temperature was 0.20 C in both periods.

The change in the amount of precipitation was multidirectional. So, if the annual precipitation decreased by 15-84 mm (3-19%) in most of the country, then in the western part of the southern slope of the Greater Caucasus, it increased by 73-135 mm (6-14%).

It should be noted that modern agro-climatic resources do not differ significantly from the stocks of the base period, therefore, their negative impact on agricultural production has not increased.