A Sector of Geography was established in 1937 at the composition of the Azerbaijan Branch of Academy of Sciences, USSR AS and since then was founded a scientific basis of geographical school of Azerbaijan which favored the development of scientific departments of geography in systematic order.

370 readers are registered in our library which 220 of then are scientific workers of our institute and the vests are collaborators of other institutions of the Academy. The library has a wide relation with other scientific libraries – Azerbaijan National Library named after M.F.Akhundov, Library of the Institute of Geology, Central Scientific Library of the ANAS and other.

There are 56000 books in the fund of library. The archives of the institute are also plaid then. The library of the institute plays a great role in development of geographical science. As a rule, our library serves as place of carrying out different measures, including anniversaries of prominent scientists, conferences so on. Besides, am exhibition of books published by the scientists of the Institute of Geography are organized every year. 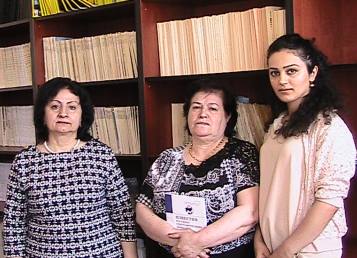