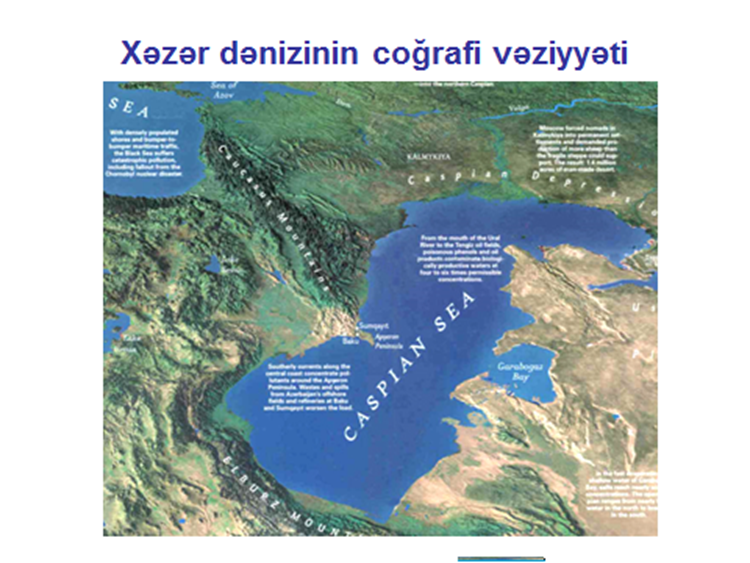 The drop in the water level of the Caspian Sea is one of the problems that concern our society, and, therefore, is not removed from the agenda.

Scientists have proven that changes at the level of thousands of years are mainly tectonic processes, and changes over hundreds of years are mainly the result of climatic processes in the Caspian region. Climatic processes cover an area of about 3 million square kilometers, mainly in the Caspian Sea basin, where atmospheric processes, especially the change of cyclones and anticyclones, occur due to rainwater falling onto the territory. The Volga, Ural and Terek rivers make up 85% of the water flowing into the Caspian Sea. River water, which is a product of the climate, is part of the income of the marine water balance. The expenditure part of the balance is mainly associated with surface evaporation.

The ratio between income and water balance flow causes the level to rise and fall. Anthropogenic processes also played a role here.

As a result of the use of rivers flowing into the Caspian Sea for economic and other purposes, there is a deficit in the water balance of the Caspian Sea. The Caspian Sea area is considered an active tectonic-seismic zone. The resulting processes also play a small role in the level change.