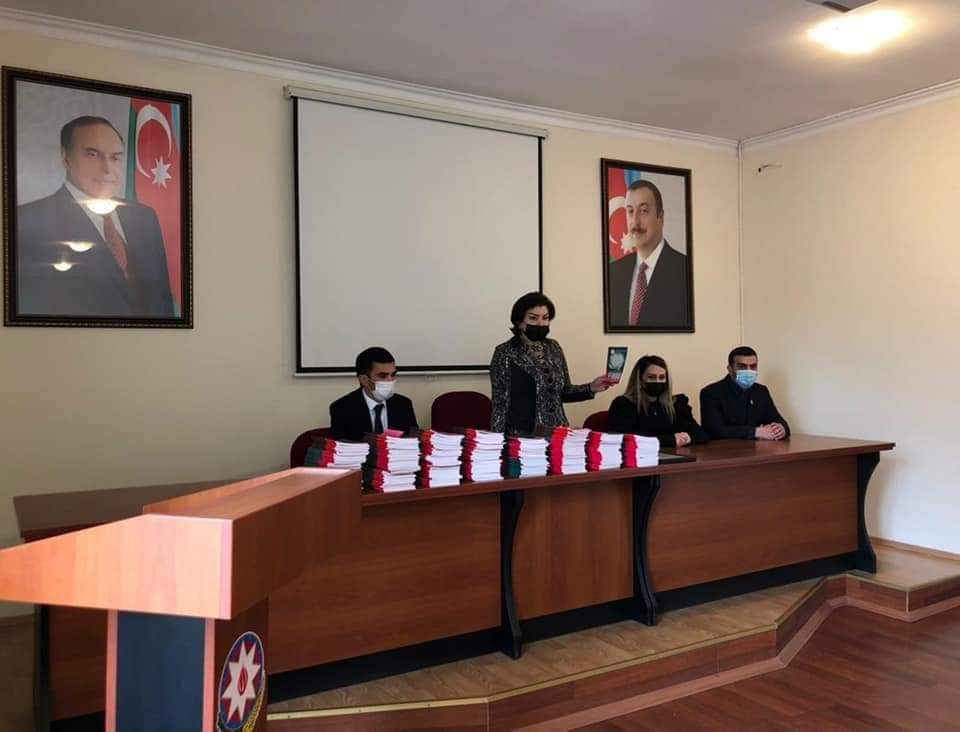 On the occasion of the 29th anniversary of the Khojaly genocide the Institute of Geography Acad. H.A. Aliyev of ANAS presented the book "Turks, Azerbaijanis, Armenians: genocide of historical truth" co-authored by Acad. Jalal Aliyev and Budag Budagov in 3 languages. - in Azerbaijani, English and Russian, and donated 1000 books to the book fund of Absheron schoolchildren and the Absheron branch of the Public Association "Help to invalids of the Patriotic War" of the Republic of Azerbaijan.

In this regard, the action “Genocide of Historical Truth” was held in the Department of Education of the Absheron District and the Apsheron office of the Public Association “Assistance to the disabled of the Patriotic War”. Speaking at the event, Aida Aslanova, a representative of the institute, an employee of the public relations department, said that the book will play a supporting role in educating the younger generation in the spirit of patriotism, as well as in recognizing the aggressive nature of our hated neighbors.

At the end of the event, on behalf of the Education Department of the Absheron region, the representative of the institute A. Aslanova was awarded a letter of thanks and an honorary diploma addressed to the director of the Institute of Geography, academician Ramiz Mamedov and. Absheron branch of the Public Association "Aid to War Invalids".