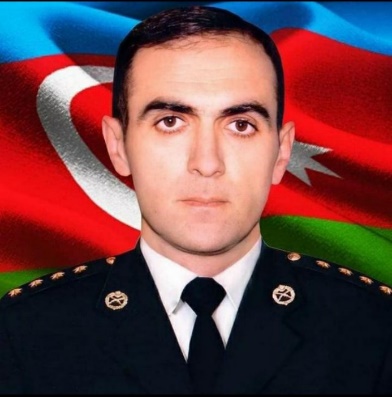 The newspaper "Respublika" published an article by Emil Djabrailov, a researcher at the Institute of Geography named after acad. G. Aliyev of ANAS “Children of the Motherland forever living”.

The article tells about the martyr of the Second Patriotic War, a patriotic, brave officer, Captain Elnur Djabrailov, who is a history teacher by profession. His love for his homeland and hatred for the enemy forced him to abandon the teaching profession and devote his life to military service.

Elnur Djabrailov, who showed great courage in the battles in the direction of the village of Ashagy, Abdurrahmanli, Fizuli region, is a real example for his comrades. Our officer, who entered the Patriotic War at the beginning of October, is going through a glorious battle in counter-offensive operations against enemy positions. He took part in the April battles, showed particular courage in liberating the Lalatapa plateau and the surrounding area from the enemy, after which he rose to the post of deputy battalion commander.

In a short period of his life, he wrote an exemplary story. If he were alive, then in two months he would have turned 40 years old. The vile enemy refused to return his body, and only 93 days later, the captain's body was found and buried.

Elnur wrote patriotic poetry about Shousha, which which has been in the enemy hand.