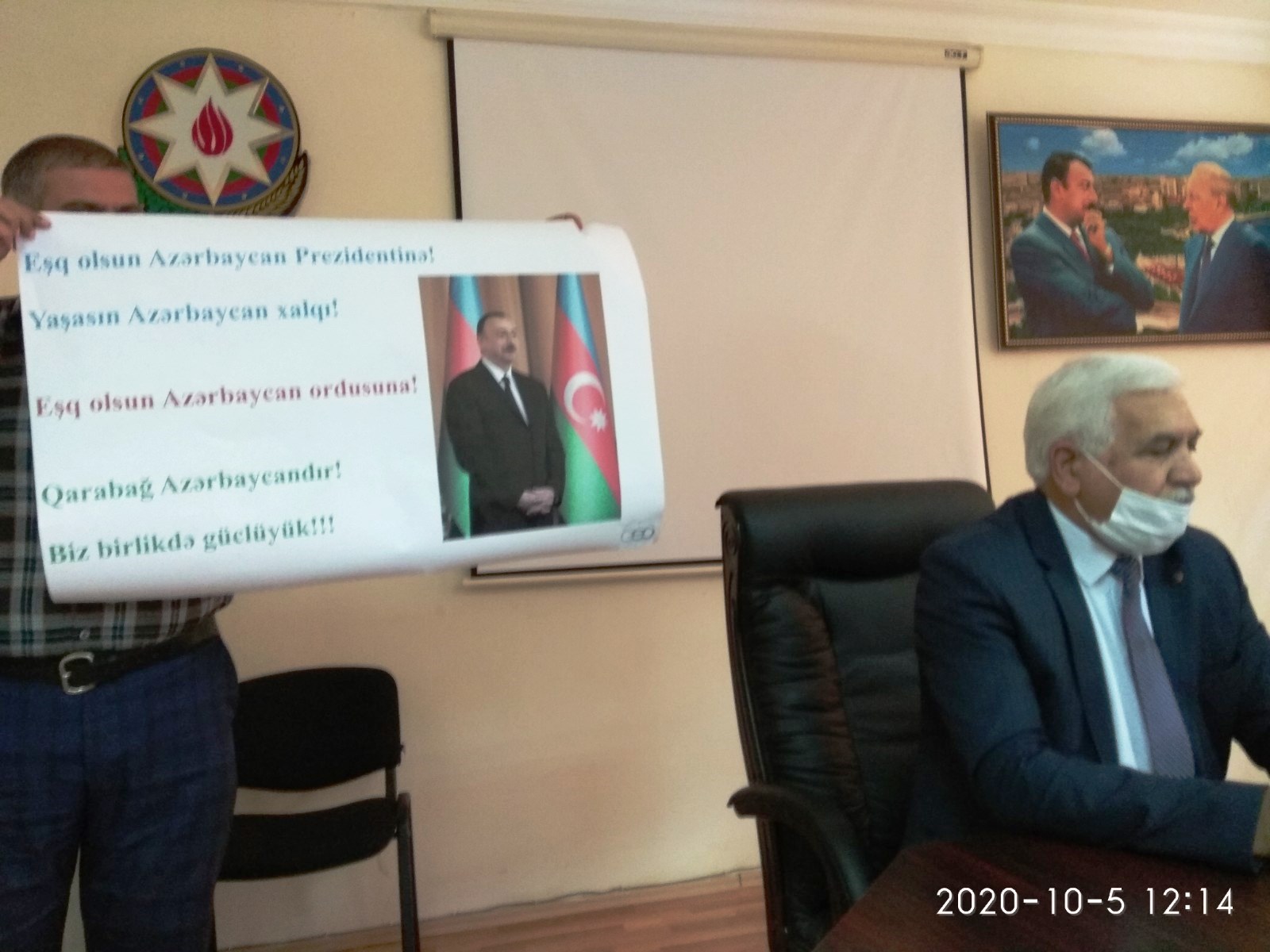 The staff of the Institute of Geography named after academician H.A. Aliyev of ANAS held a meeting in support of our glorious Army and its Supreme Commander-in-Chief Ilham Aliyev.

Deputy Director of the Institute of Geography for science, docent, PhD  Maharram Yasanov said: “Under the leadership of the Supreme Commander-in-Chief, our valiant army from the very first days of fighting launched a counterattack, liberating a number of our settlements and strategic heights and forcing to retreat step by step the occupation army, who is trying to change our geographical borders. Now the greatest desire of each of us is victory,” said M. Hasanov, stressing that in these glorious and difficult days, the staff of our institute, like all our people, is looking forward to the news from the front and is looking forward to that day when our brave army liberates the occupies territories from the hated enemy.

Hasanov also said that the staff of the institute appealed to the leadership that they do not want to stay away from important events for our country, but want to support our army. The staff proposed transferring next month 10% of his salary to the Armed Forces Relief Fund. The offer was accepted by the staff with a sense of agreement.