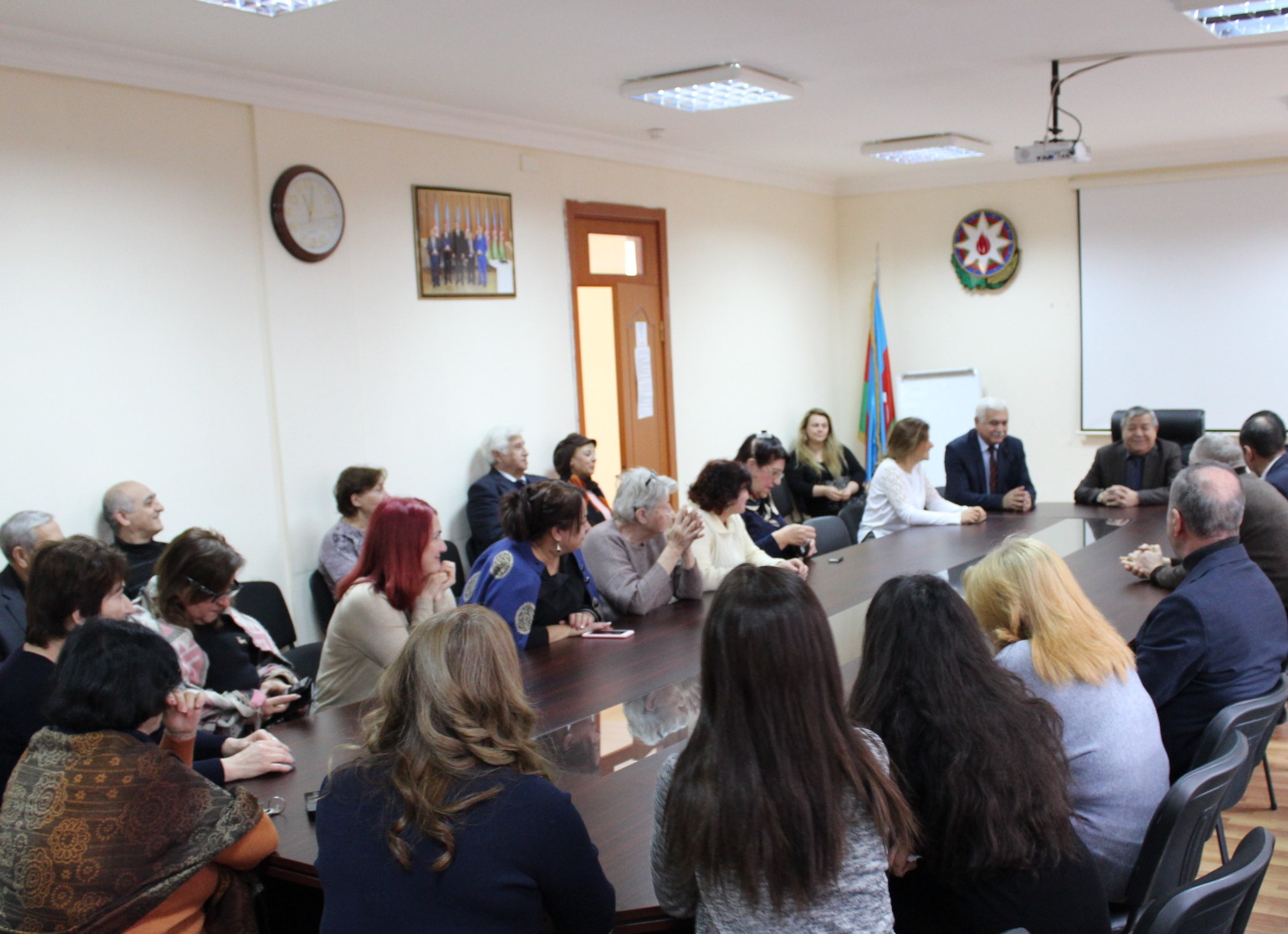 Solidarity Day of Azerbaijanis around the world and New Year were celebrated at the Institute of Geography.

Director of the Institute, acad. Ramiz Mammadov congratulated the staff on this significant day and spoke about the unity and solidarity of the world Azerbaijanis. He noted that this event is celebrating in more than 70 countries.

Celebrating this day plays a special role for uniting Azerbaijanis around a single idea.

According to the academician, 2019 was successful for the Institute, as in previous years.

On this occasion, speeches were made by Maharram Hasanov, deputy director of the IG for scientific work, Abil Akhverdiyev, chairman of the trade union committee, Rasul Ismayilov, head of human resources, Louiza Salayeva, chairwoman of the Women’s committee and others.