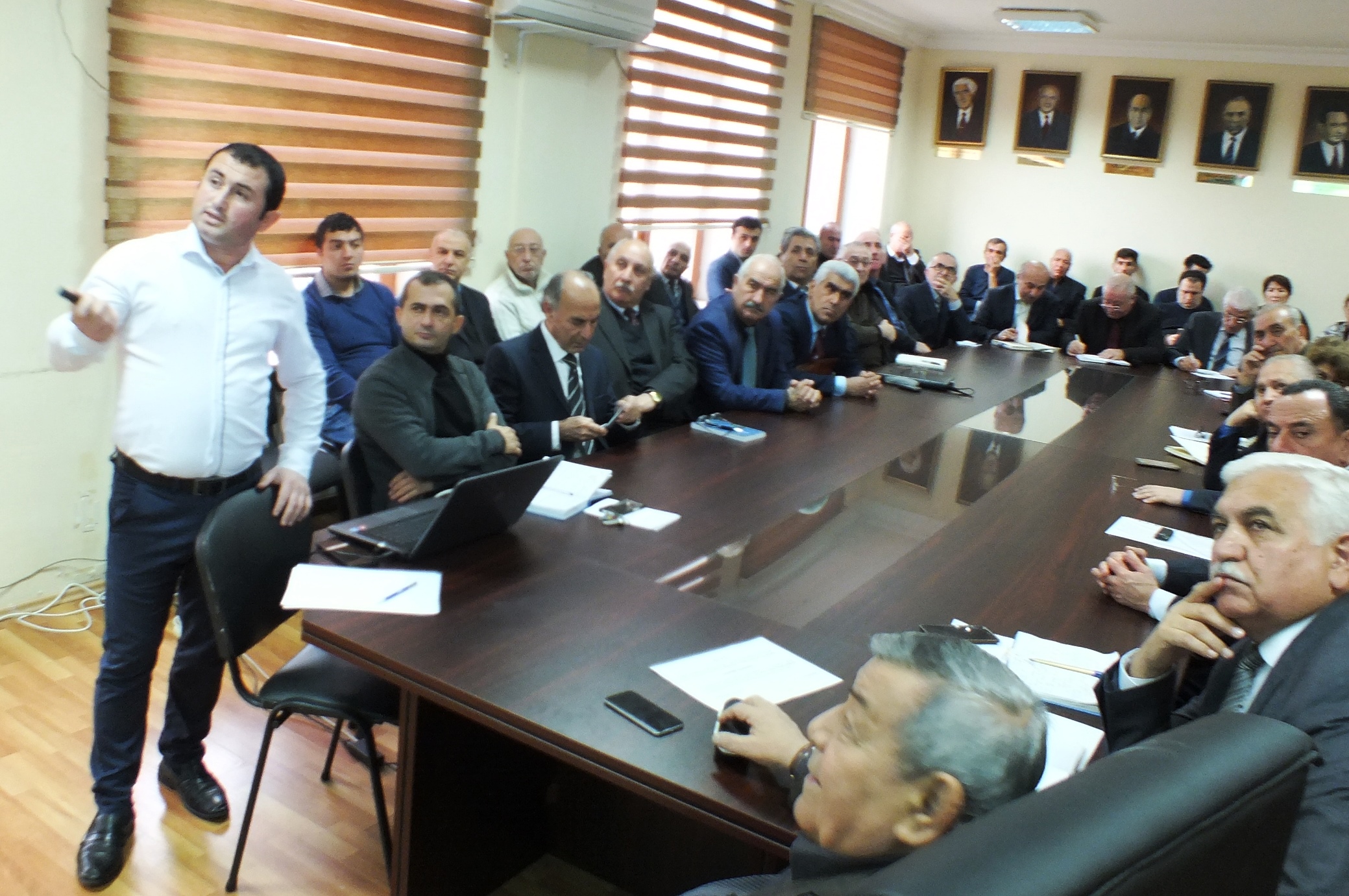 At a joint meeting of the Scientific Workshop and the Scientific Council of the Institute of Geography, a presentation of the researcher of the department of Political and Economic geography of Azerbaijan, Nijat Imamverdiyev, took place on the theme: “Application of GIS for choosing a site for wind farms in Azerbaijan”

The speaker said that the amount of carbon dioxide emitted into the atmosphere to generate 91, 9% of energy at thermal power plants is 18.5 million tons.

At the same time, billions of m3 of natural gas are spent on electricity production. The volume of annual carbon dioxide emissions in the world is 45 billion tons. It has led to an average annual increase in air temperature of 0.8° C and global warming.

Based on meteorological reports on winds of 1990-2015, the researcher found that the areas of the Absheron Peninsula, Julfa and Ordubad have high wind potential.

Also, with the help of GIS, the overall optimal area for the placement of wind power stations in Azerbaijan was identified. 56 sites were studied. It was revealed that 17% of electricity can be obtained in this way.

This is also important for the implementation of the “Paris agreement” on the reduction of carbon dioxide emissions.