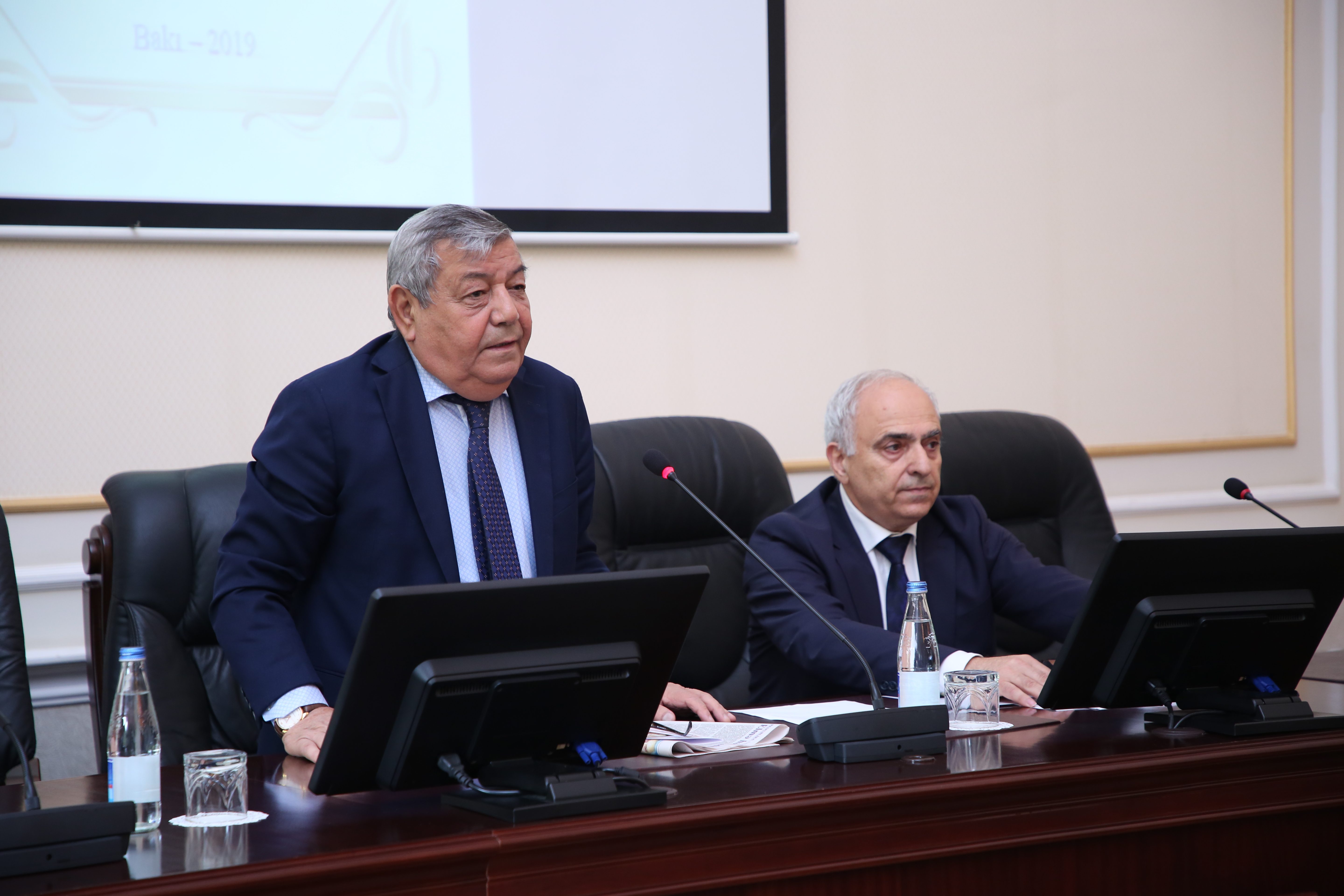 Scientific session dedicated to the 80th anniversary of the deceased corresponding member of ANAS Sh.Khalilov was held with the joint organizational support of the Department of the Earth Sciences, the Institute of Geography and the Azerbaijan Geographical Society.

The academician-secretary of the Dept. Fakhraddin Gadirov, directors of relevant scientific institutions, deputy directors and scientific secretaries, members of the Azerbaijan Geographical Society took part in a joint meeting held on October 3.

Speaking about a life and scientific activity of an outstanding scientist, acad. F. Gadirov noted that, he made an invaluable contribution to the study of lakes and reservoirs in our country. He was elected as a corresponding member of ANAS in 2001 and worked at the Institute of Geography as a head of the laboratory, head of the Department of Ecogeography, deputy director for scientific work and other posts.

Academician-secretary of the Division emphasized that, the geographer S.Khalilov shared his scientific knowledge and results with the general public through the programs that he conducted on television: “For more than 20 years, he has been a permanent host of the popular television programs “Travel” and “Travel to Soviet Azerbaijan”.

Director of the Institute of Geography, academician Ramiz Mammadov spoke on scientific research of S.Khalilov. According to him, the main directions of scientific activity of the scientist are the hydrological features of Azerbaijani reservoirs and lakes, the study of water management. He also noted that his work on environmental impacts, protection and efficient use of reservoirs is of great importance.

He is the author of more than 100 scientific works, including 5 monographs, more than 50 articles on rivers, lakes and reservoirs in volumes VI-X of the Azerbaijan Soviet Encyclopedia.

The son of the late scientist Eldar Khalilov thanked ANAS leadership on behalf of the family for organizing the event.