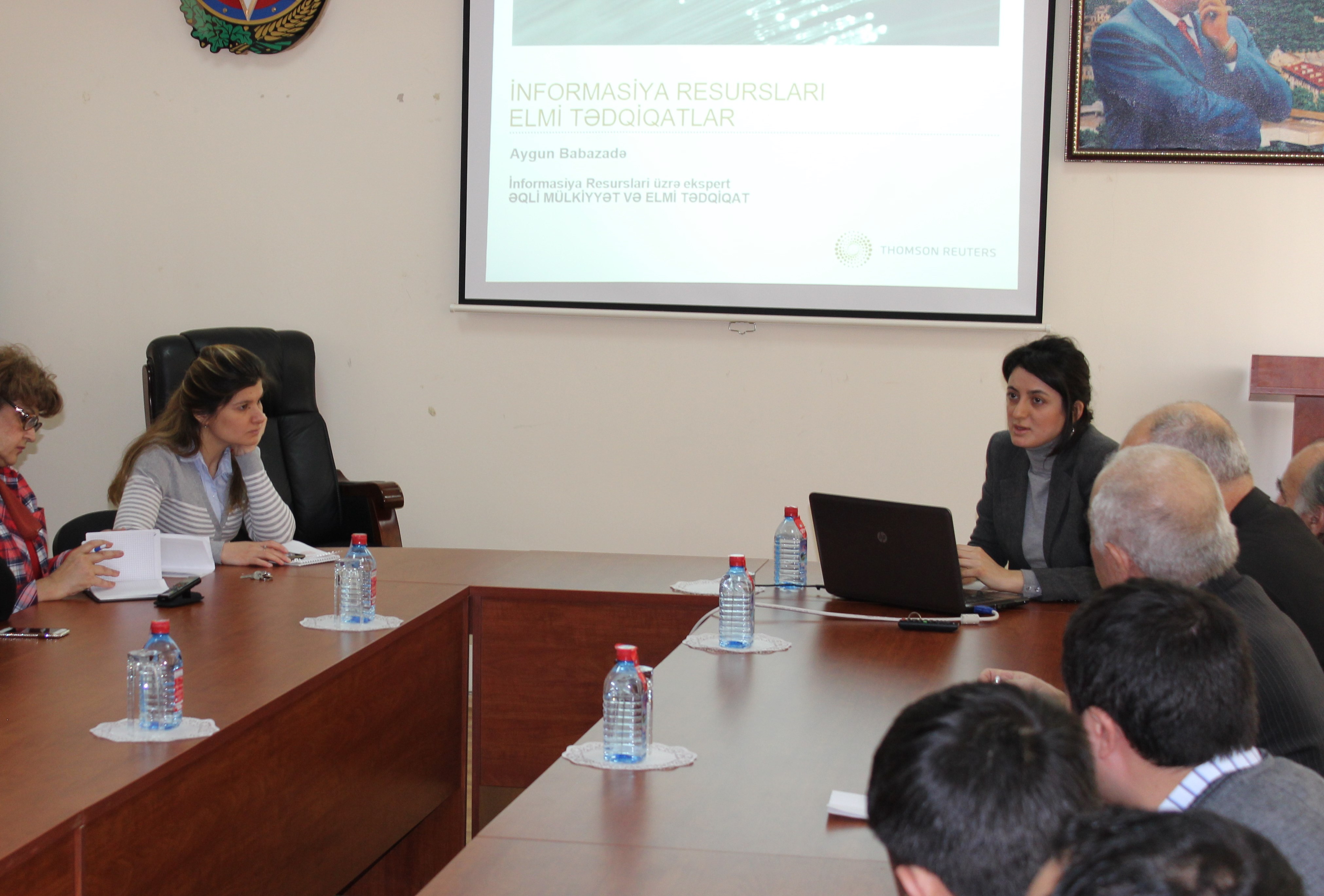 In order to implement the program of integration of the science with the education elaborated by the Ministry of Education titled "From Science to Education", the Institute of Geography named after Academician H.Aliyev of ANAS, carries out the events aimed at increasing young people's

interest in geographical science. One of these measures is the organization of meetings of researchers with pupils and students in educational institutions. For this purpose, the Senior researcher of the Department of Demography and Geography of population Etibar Badalov visited the school number 232 of Bulbule settlement at Surakhanı district. The researcher gave a presentation on the topic "My Absheron" to older pupils. He gave detailed information about the directions of geographical science, its research areas, economic geography of the Absheron Peninsula, the population of towns and villages et al. He also analyzed Bulbule geographically.

He talked about the areas of research in the field of human geography in Azerbaijan, on which he is expert: demography and population, tourism, issues of medical geography, etc., showing different maps of Azerbaijan and the Absheron.

Teachers and pupils of the school were pleased by the meeting and noted that the regular holding of such events play a huge role in choosing a specialty by school graduates.