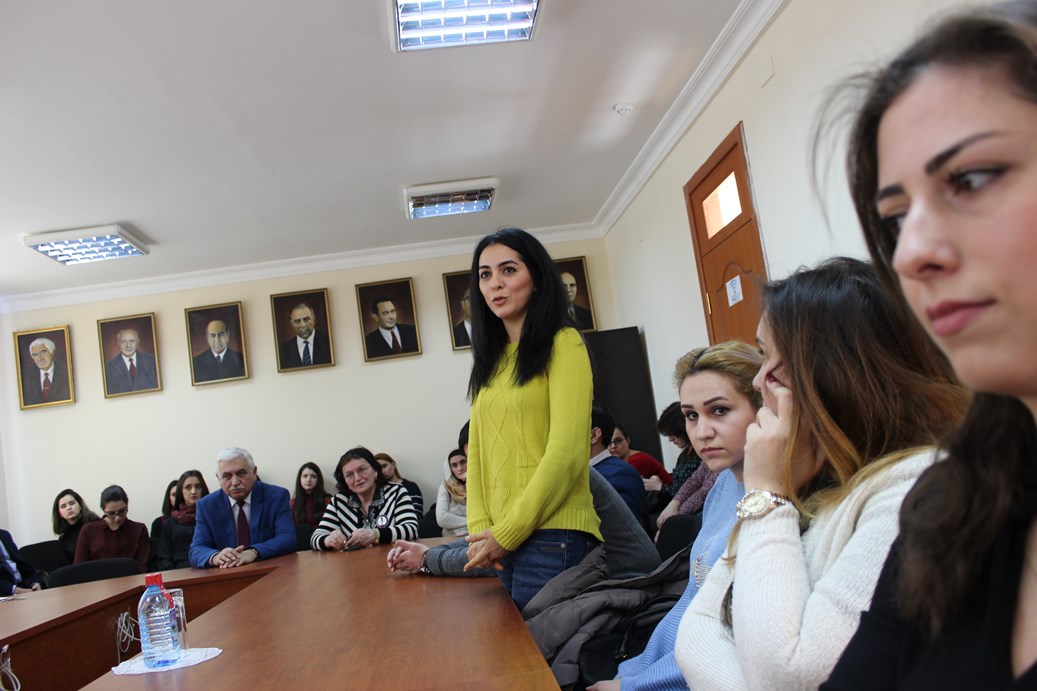 February 24, at the Institute of Geography named after acad. H.Aliyev, the academician Ramiz Mammadov held a meeting with young scientists and specialists.

The main purpose of the meeting was to get to know about the scientific works and problems of young employees and help them.

With all his responsability and exacting he asked every young scientist about his research theme, participation in practical and field work, the degree of completion of the thesis. He was interested in what local and foreign scientific journals they publish articles.

The academician gave fatherly instructions for less active employees, saying he expects from them better results. He gave an example from his practice as a young specialist with a large hunting conducted research on the CaspianSea.

Despite the sea storm, cold, left without food supplies, alone for 28 days in the middle of the sea, ignoring the protest of others, he dived for troubleshooting on the ship.

He remained for several minutes in a cold water,and admitted that he would once again survive everything, because in those days established itself as young scientist,and realized that he had chosen the right way. The director noted that one must love his job and be passionate about it to succeed. He stressed the science do not need the passive scientists conducting wasted their time, do not have results of the work and do not know any foreign language.

Ramiz Mammadov promised to help the young specialists who are coping with the work, publish articles in scientific journals, actively participate in the expeditions.

Young employees felt control of their scientific work and support of the leadership of the institute and will be motivated in effective research.