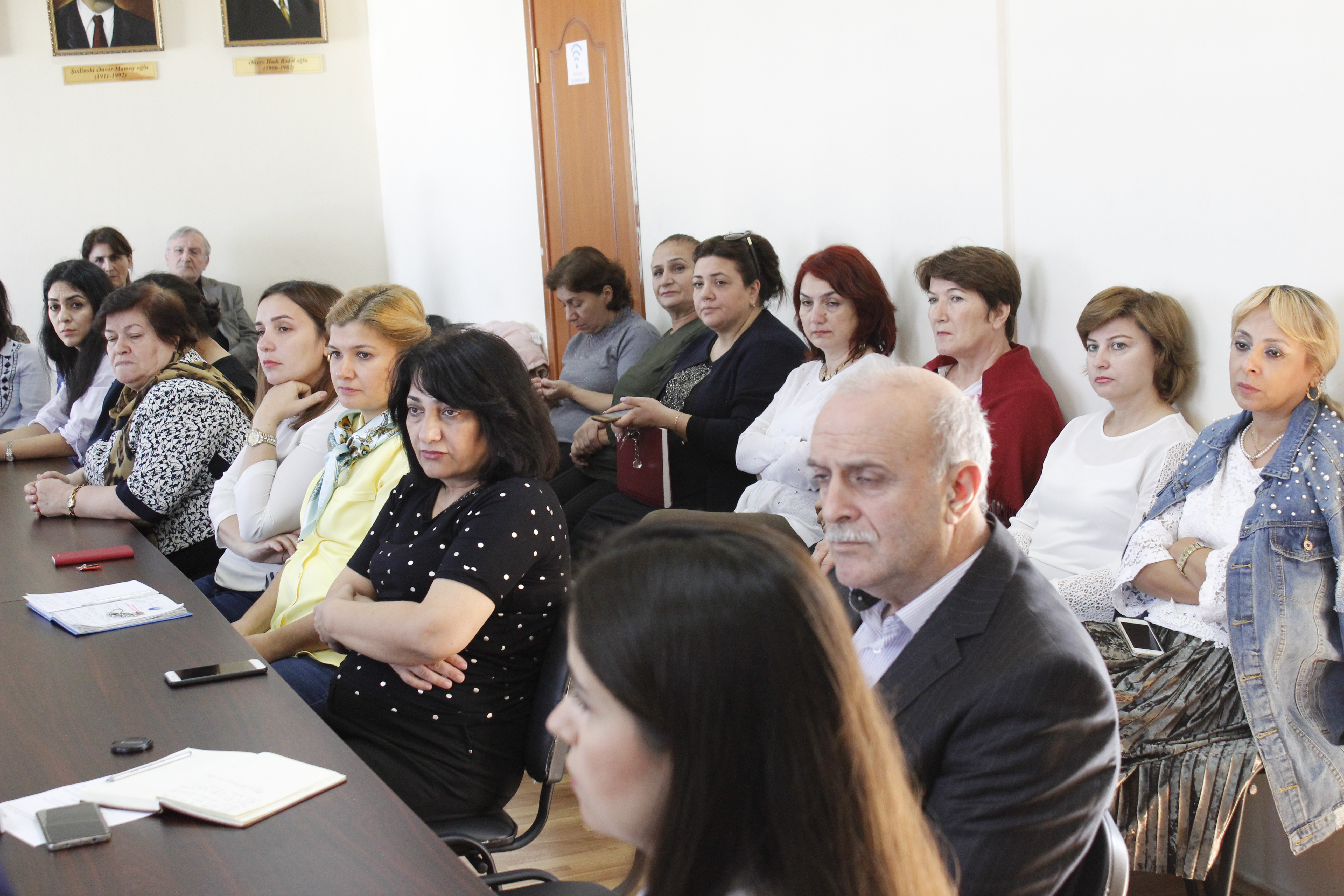 A joint meeting of the Women’s Council, the trade Union Committee and the Council of Young Scientists and Specialists was held. Students from the Baku University of Girls were also invited to the event.

Chairwoman of the Women’s Council, Luiza Salayeva, spoke about the importance of holding this day. According to the UN, there are more than a billion girls in the world. She noted that his main goal is to protect the rule of gender equality of girls. Many of them anywhere in the world are subject to discrimination and pressure.

The chairman of the Trade Union, Abil Akhverdiyev, recalled the creation in 1901 of a school for girls by H.Z. Taghiyev for the first time in the Muslim East. According to him, today the youth policy is carried out and continues successfully.

PhD in geography Samira Alekperova, chairwoman of the Council of Young Specialists and Scientists, stressed the importance of formation competent scientific personnel for the society and presented the statistical data for 2018. Among young people with scientific degree, girls under 35 years old make the majority.

Next, Senior Researcher of the department of Demography and Population, PhD Etibar Badalov, spoke about the problems of women in demographic processes, early and illegal marriages, abortions, divorce, child mortality, etc.

The leading researcher of the Department of Medical Geography, Solmaz Rzayeva, touched upon the issues of AIDS infection and other similar diseases and the fight against them. Since 1988, December 1 was declared as a World AIDS Day.

Scientific Secretary of the Institute, PhD in geography, doc. Zarnura Gasimova, PhD Tahira Salmanova and a student from Baku University of Girls, Lamiya Gasimova shared their thoughts on these issues.