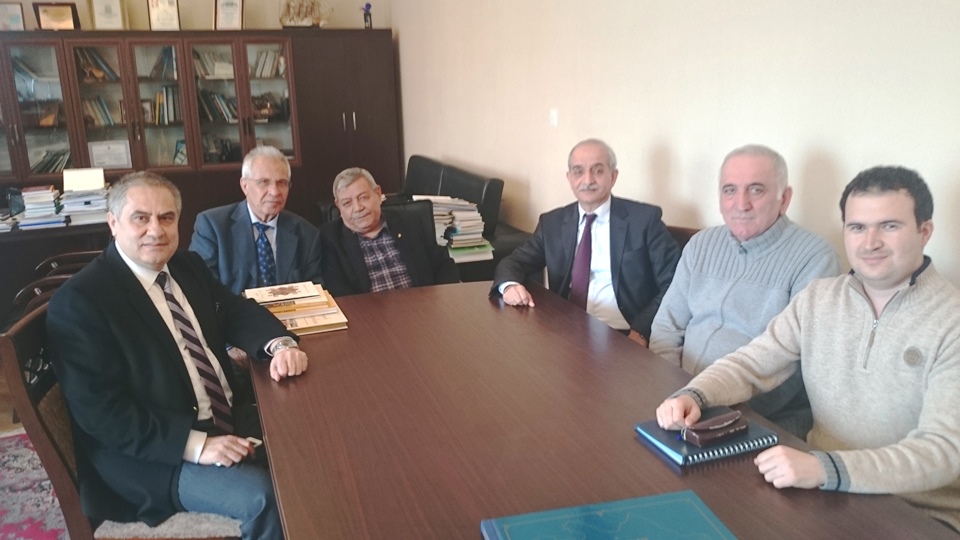 Today, at the Institute of Geography named acad. H.A.Aliyev has been held a meeting with the Turkish scientists in oceanography:

The main reason for coming to Baku of scientists from brotherly country is the creation of Ocean Information Center of Muslim Islamic Countries, and to that end, the expansion of economic, political, tourism and economic relations between Azerbaijan and Islamic countries, as well as its accession to the Organization of Islamic Cooperation States.

First, the oceanographers have met and exchanged views with the leadership of the Institute, academician Ramiz Mammadov and the corresponding member of ANAS Elbrus Alizade.

The guests were informed about the activities of the Institute of Geography, the research conducted here. Then they shared their impressions.

Prof.Mustafa Ergun and prof. Gunay Chifchi participated in a scientific seminar. They made presentations on their themes, describing the role of the oceans and seas in a human life, and what should be the activity of Islamic countries, and what are its benefits.

Head of the Institute, academician Ramiz Mammadov expressed his positive attitude towards the discussed issues. He stressed the desirability of developing the relevant project in order to come to a common denominator. Academician thanked the Turkish scientists for their presentations. Then, the parties signed a protocol of intention on cooperation.