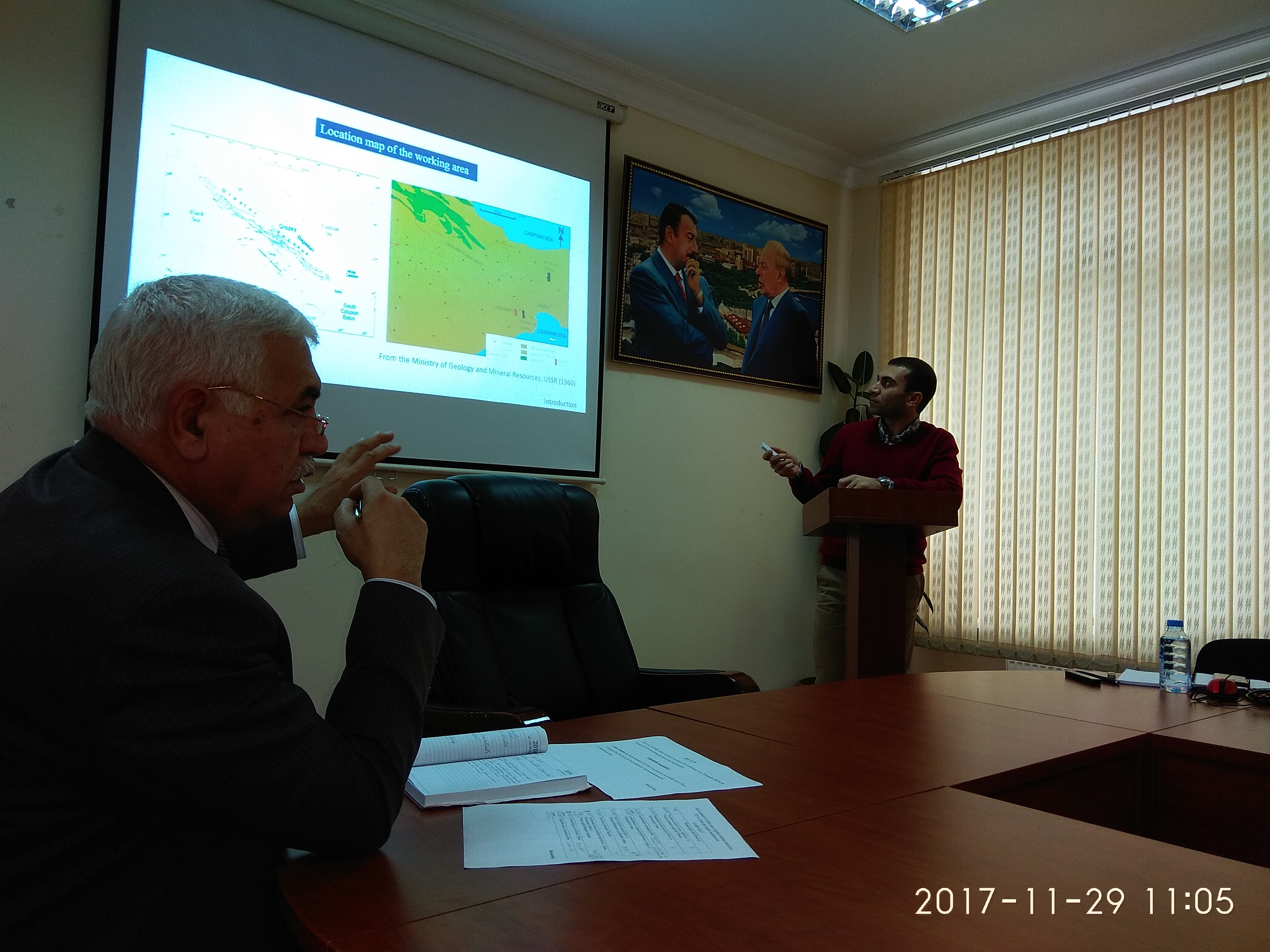 Report on the study of the Plio-Pleistocene period in the Caspian Sea basin at scientific workshop 2017-11-29 15:24:00 / SCIENTIFIC ASSEMBLIES

At the scientific workshop of the Institute of Geography named after acad. H.Aliyev of ANAS held on November 27, a scientific employee of the Paleogeography department Elshan Abdullayev made a report on the theme “Study of the paleo environment of the Plio-Pleistocene period of the Caspian Sea basin on the basis of micro-paleontological, mineralogical, geochemical data.

It was noted that this work was carried out in the form of a grant project, under the same name, with the joint cooperation of the scientific foundation Tubitak, Muğla Sıtkı Koçman Universiteti and the Institute of Geography named after acad. H.Aliyev of ANAS with the support of the Azerbaijan Society of Geologists-oilmen.

The basic work is to define climatic changes on the Russian platform of the Caspian basin, the change of the Caspian Sea and water salinity, the glacial period in the northern hemisphere.

It was revealed that the change in the water level in the Caspian basin during the period of Akchagil and Absheron is associated with climatic changes in the northern hemisphere.