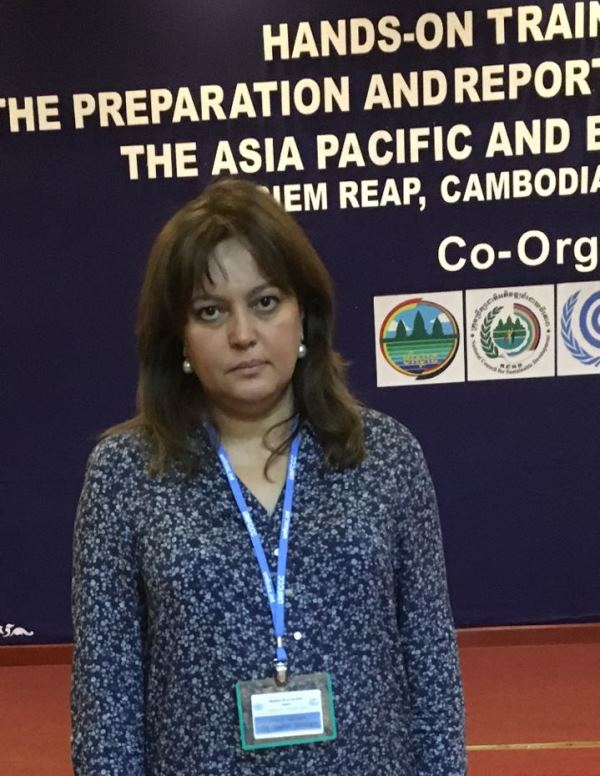 The employee of our institute was a participant of the activities of the International Advisory Expert Group on Climate Change 2017-09-29 01:11:00 / IMPORTANT EVENTS

In September, the leading officer of the Department of Climate and agroclimatology of the Institute of Geography named after acad. H.Aliyev of ANAS, PhD Umayra Taghiyeva participated in the activities of the International Advisory Expert Group, which helps in the preparation of National Information to countries outside Annex 1 of the Framework Convention on Climate Change.

September 4-7, the scientist took part as a consultant in the training, organized in the city of Siem Reap Cambodia for the countries of East Asia and Europe.

The purpose of the training was to fulfill the obligations of the countries to the Convention on preparation and Submission of National Reports by the various bodies of the Convention and the IPCC.

At this training, the employee of our institute was appointed moderator of the first group of sessions.

September 21-22, U.Taghiyeva participated in the regular 19th meeting of the Consultative Expert Group for countries not included in Annex 1 of the Framework Convention on Climate Change, held in Germany city, Bonn. At the meeting, the results of the training were discussed along with other issues.