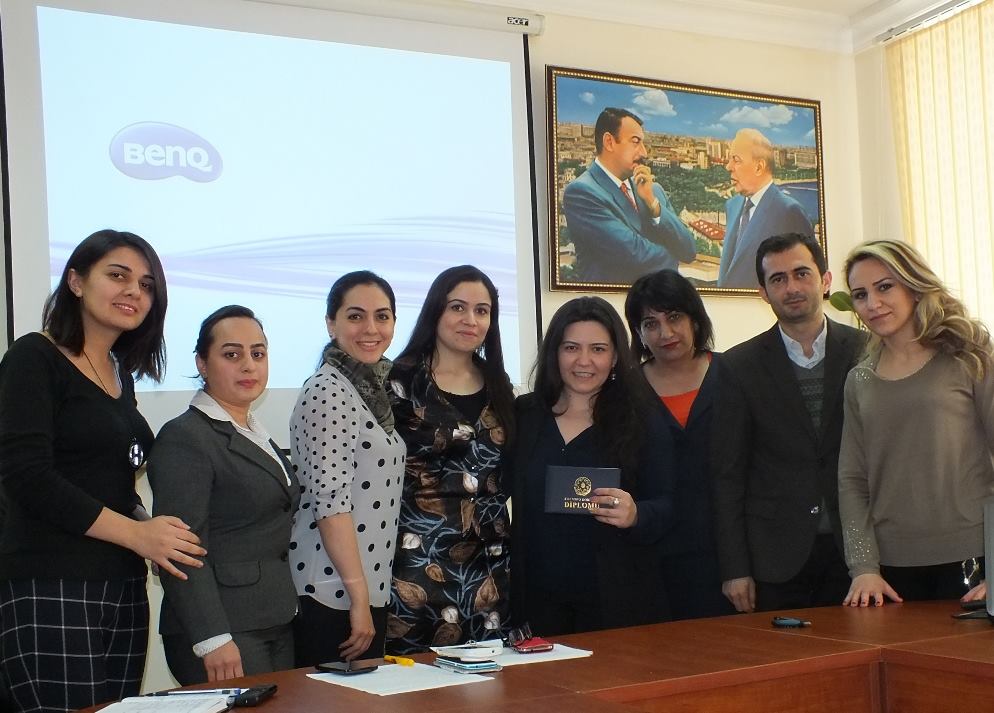 Scientific seminar of the Council of young scientists and specialists of the Institute of Geography, which has been held on May 7, was devoted to the 92th birthday anniversary of national leader Heydar Aliyev.

Chairman of the Council, PhD in geography Samira Alekberova, made the report “The height of H.Aliyev”. She spoke about Heydar Aliyev care for young people and appreciation given by him to science, scientists and education.

S.Alekberova said that love for the memory of the leader has lived in the hearts, and the Azerbaijani youth will continue his way as his successor.

Then was heard a report “Care of Heydar Aliyev on science” of the researcher Halima Ahmadzade, employee of the Institute.

The researcher of the department “Geography of population” Khalida Hasanova made a report-presentation “Independence is eternal”. She noted his indispensable role in the establishment of national cadres, particularly for a number of rare professions.