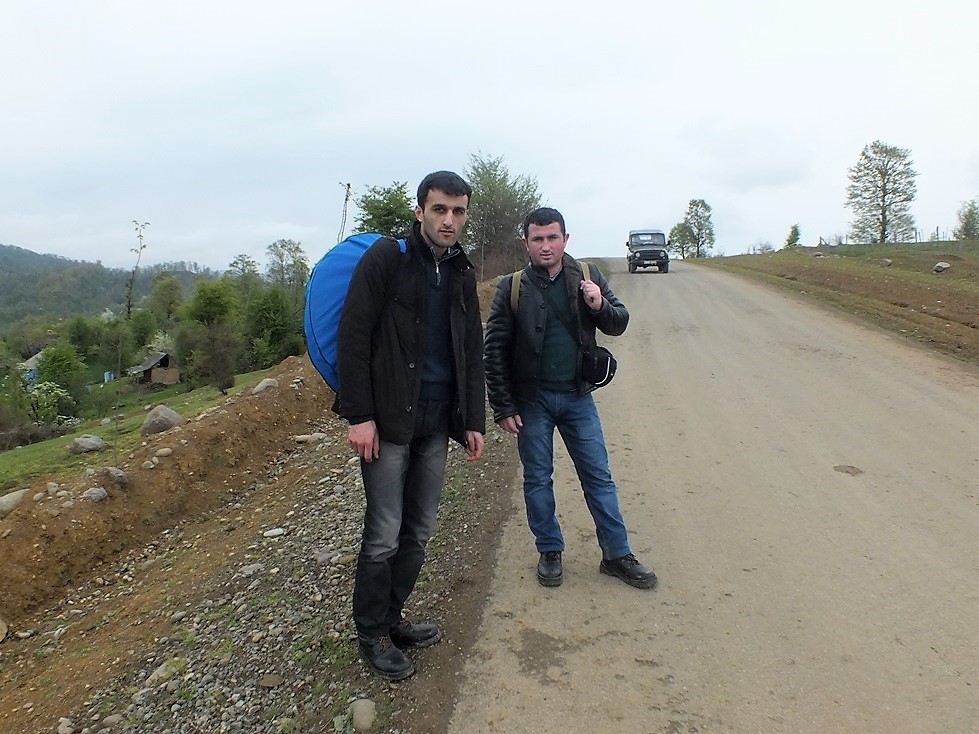 17-21april 2015 the employees of the Institute of Geography Emil Jabrayilov and Nijat Imamverdiyev visited the economic-geographical district of  Lenkoran-Astara to explore the areas having a tourism potential. They visited “Yanar Dag” in the village Archivan, “Bath of Karbalai Hamid Abdullah” built in 1806 and the water reservoir Lovayn on the river Archivan, as well as Sim village 40 km to the west from Astara. They have been in villages along the road and made a video and took pictures of the area. Most of the way they walked. The road was restored in 2012-2014. In this area are cultivated fruits corresponding to humid subtropical climate. In the downstream villages is cultivated lemon, tangerine, tea and others. The relatively high areas are engaged in vegetable growing, beekeeping, animal husbandry. The population consists mainly of Talish.

Young scientists met with the residents of the village of Sim. According to the teachers of history, living in the village, there was a settlement of urban type. From here were passing caravan routes till Ardabil. In the village there are also remains of ancient water mills.

In the northern part of the village, on a rocky terrain area, there is an area called “Glacier”.

In 6-7 km to the south-west of the Sim village, on the top of a high mountain, at 1828 meters above sea level is situated the fortress Sindan related to the Middle Ages.

The Sim village has not yet been thoroughly explored.