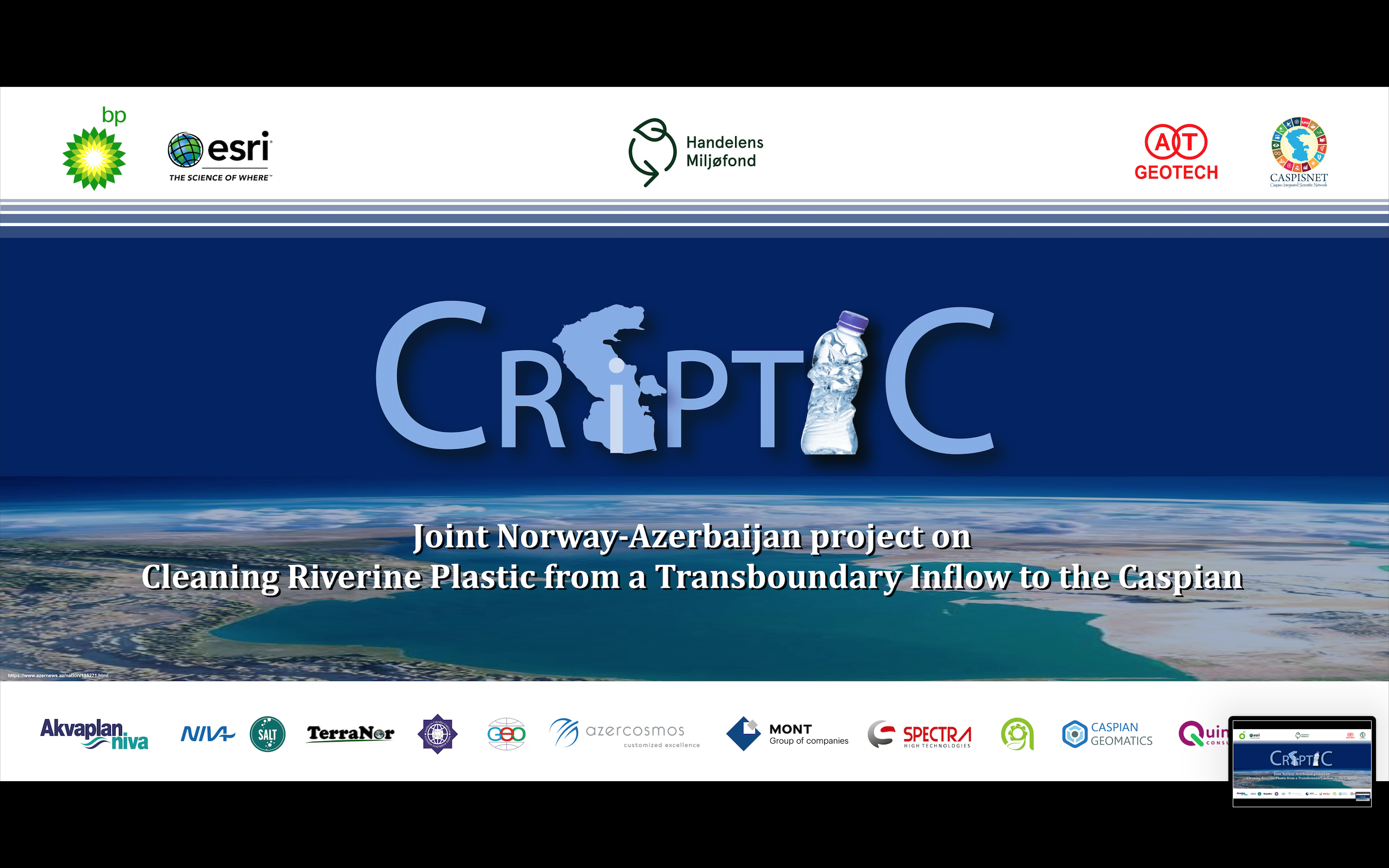 On August 8, the first field survey was launched in the pilot area on the Caspian Sea coast of Neftchala region within the CRIPTIC project, a partnership of the Institute of Geography of ANAS with the general sponsorship of BP. CRIPTIC - Cleaning Riverine Plastic from a Transboundary Inflow to the Caspian is a Norwegian-Azerbaijani joint research project

The CRIPTIC team, after conducting drone surveys in the 1,200-meter-long and 140-meter-wide strip in the pilot zone, began online registration of each plastic waste collected through special software and cleaning up the area. This method, which is being applied for the first time in Azerbaijan, will help many specialists and relevant organizations to carry out the fight against plastic waste in the most effective way, taking advantage of modern world experience. The collected plastic waste was handed over to a plant for recycling plastic waste in Baku with the support of AZGREEN.

Head of the "CRIPTIC" project for Azerbaijan, senior researcher of the Caspian Sea Level Problems Department of the Institute of Geography of ANAS, Ph.D. Safarov Elnur said that the main goal of the project is to simulate modern satellites, observations from drones, programming languages, machine learning, artificial intelligence on the platform of geographic information technologies (GIS) and to train Azerbaijani specialists in this experience.

The organizer said that the project consists of three work packages, these include river bank clean-up and classification of plastic pollutants in the Kura River, mapping for clean-up operations, and public participation. He also thanked the Executive Power of Neftchala region for support in the successful holding of the event.