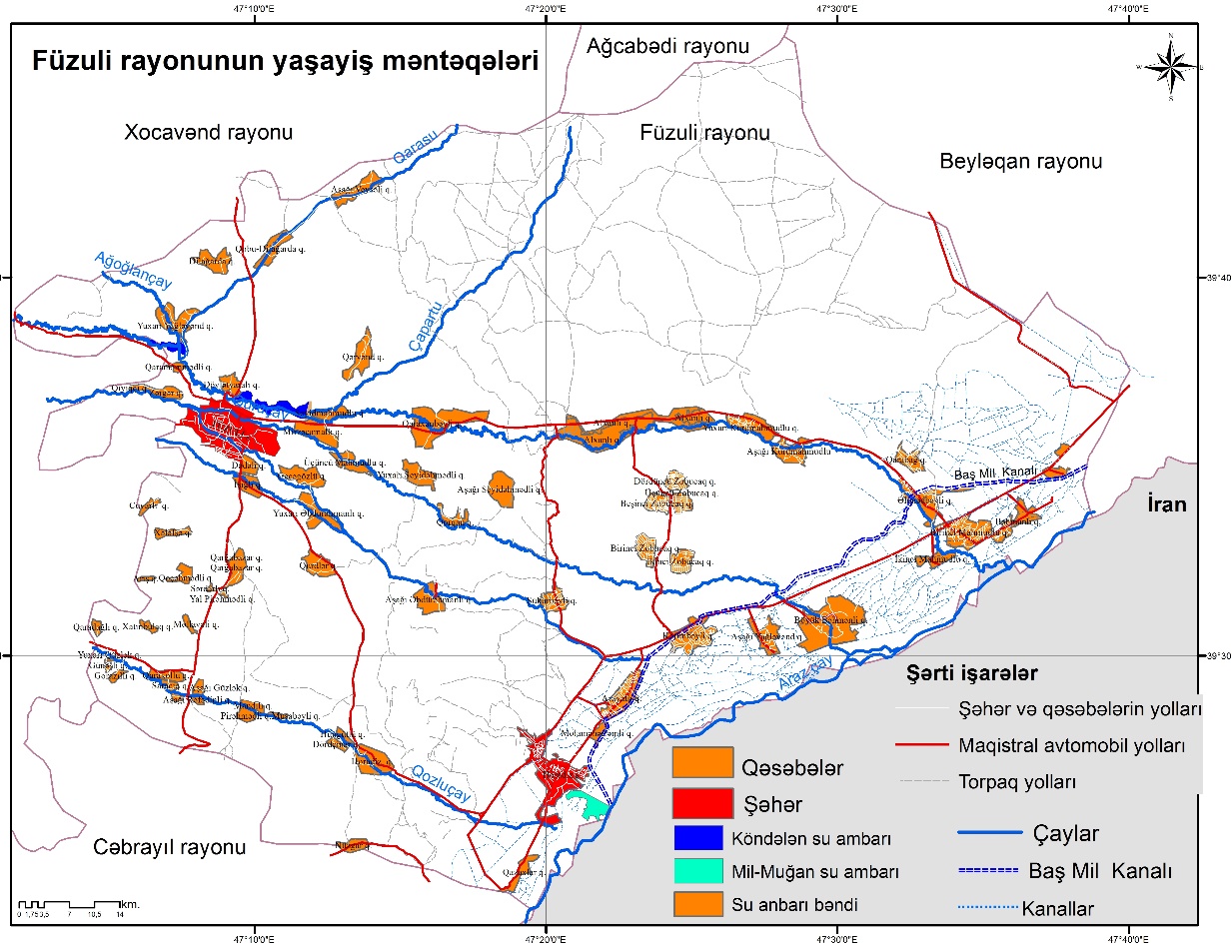 Head of Department of the Institute of Geography named after acad. H.Aliyev of ANAS, PhD in geographie, assoc. prof. Zaur Imrani, senior researcher and Ph.D in geographie Natavan Jafarova conducted a study together with professors of the Military Academy of the Armed Forces of the Republic of Azerbaijan Elshan Gashimov and Azad Bayramov.

Using satellite images of Azersky, the scientists carried out a comparative analysis of the unoccupied and liberated territories of the Fizuli region and made maps of different scales. Based on the information received, a map of settlements (including destroyed settlements) was compiled using the ArcMap program. At the same time, in accordance with the coordinate

system, an electronic version of the map of rivers, canals, reservoirs, dams, highways and dirt roads was compiled. This helped to study the socio-economic situation in the region and identify potential opportunities.

As a result of the study, it was determined that there are potential opportunities for the creation in the region of agricultural industries that have a special role in the employment of the population: grain crops, viticulture, cotton growing and animal husbandry, as well as agro-industrial enterprises based on their processing. Along with agro-industrial enterprises in the region, it is possible to develop archaeological and ethnographic tourism, to create local tourist routes on their basis. However, many of them were destroyed by Armenian vandals and are in need of restoration.

Research work is currently underway in the region.