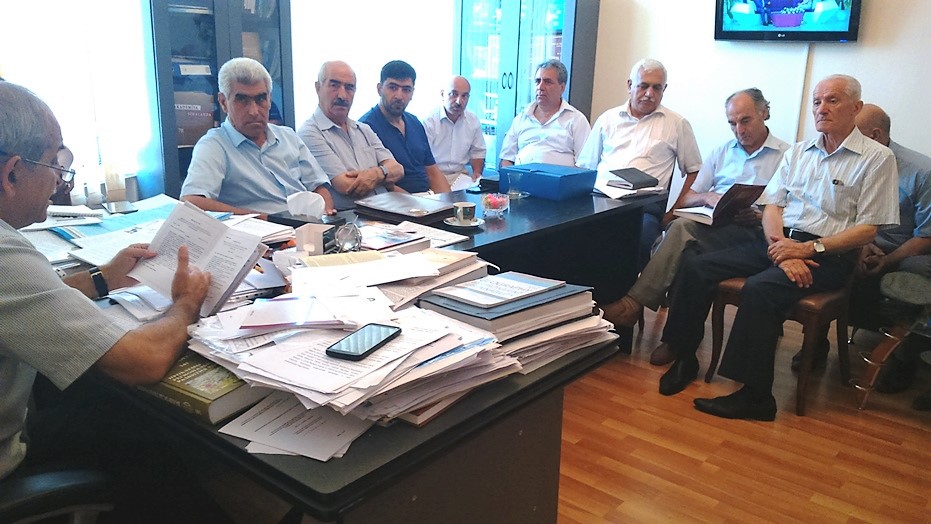 At the Institute of Geography named after acad. H.Aliyev of ANAS took place the meeting  devoted to the scientific and practical conference, to be held next month.

Depuy Director of the Institute, corresponding member of ANAS Elbrus Alizade, spoke about the last preparations concerning the conference. He said that the upcoming conference entitled “Demographic Development of the Azerbaijan Republic: prospects and regional issues of resettlement of the population” will be held on 12-13 September in Sheki city.

The organizers of this event are the Institute of Geography named after acad. H.Aliyev of ANAS, Fund of Knowledge under the President of the Republic of Azerbaijan, Executive Power of Sheki city and the Scientific Center of ANAS in Sheki.

The Conference aims to discuss, develop and adopt an appropoiate decisions concerning the problems of implementation of “State Program on development of population and demography in the Azerbaijan Republic”.

These are the problems of demographic development, rational territorial organization of population resettlement, eco-geographical problems of accomodation areals, the issues of formation of the national and ethnic composition of the population, multiculturalism and tolerance, employement, the use of tourist and recreational resources and providing of the population with jobs.