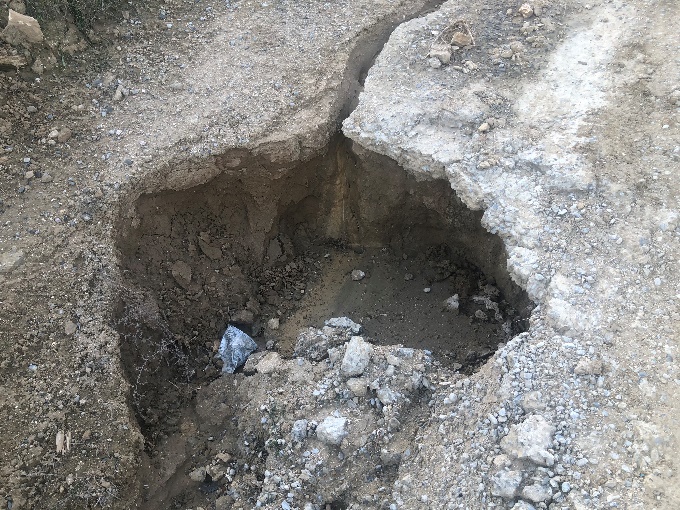 January 28, leading researcher at the Institute of Geography named after academician H.A. Aliyev, PhD in geography, assoc. Prof. Stara Tarikhazar visited a new landslide zone in the village of Bail.

According to the scientist, as a result of a landslide on the right side of the road passing through the "20th section" of the Bail village on the slope of the Badamdar plateau, 1 public catering facility, 2 private facilities were damaged, and traffic along the highway through this area was stopped. The main cause of the landslide was the discharge of sewage from residential buildings built on the upper slopes.

Tarihazar noted that the most active landslide in the area was recorded on October 13, 2018, when retaining walls built to prevent landslides in the area were demolished. The thickness of the sediment was 250 m wide, more than 200 m long and more than 15 m high. 11 houses, a teahouse and a restaurant were damaged in this landslide zone.

During the next landslide on January 9, 2020 the landslide of 100 m blocked the track. The landslide process was also active on November 17, 2020.