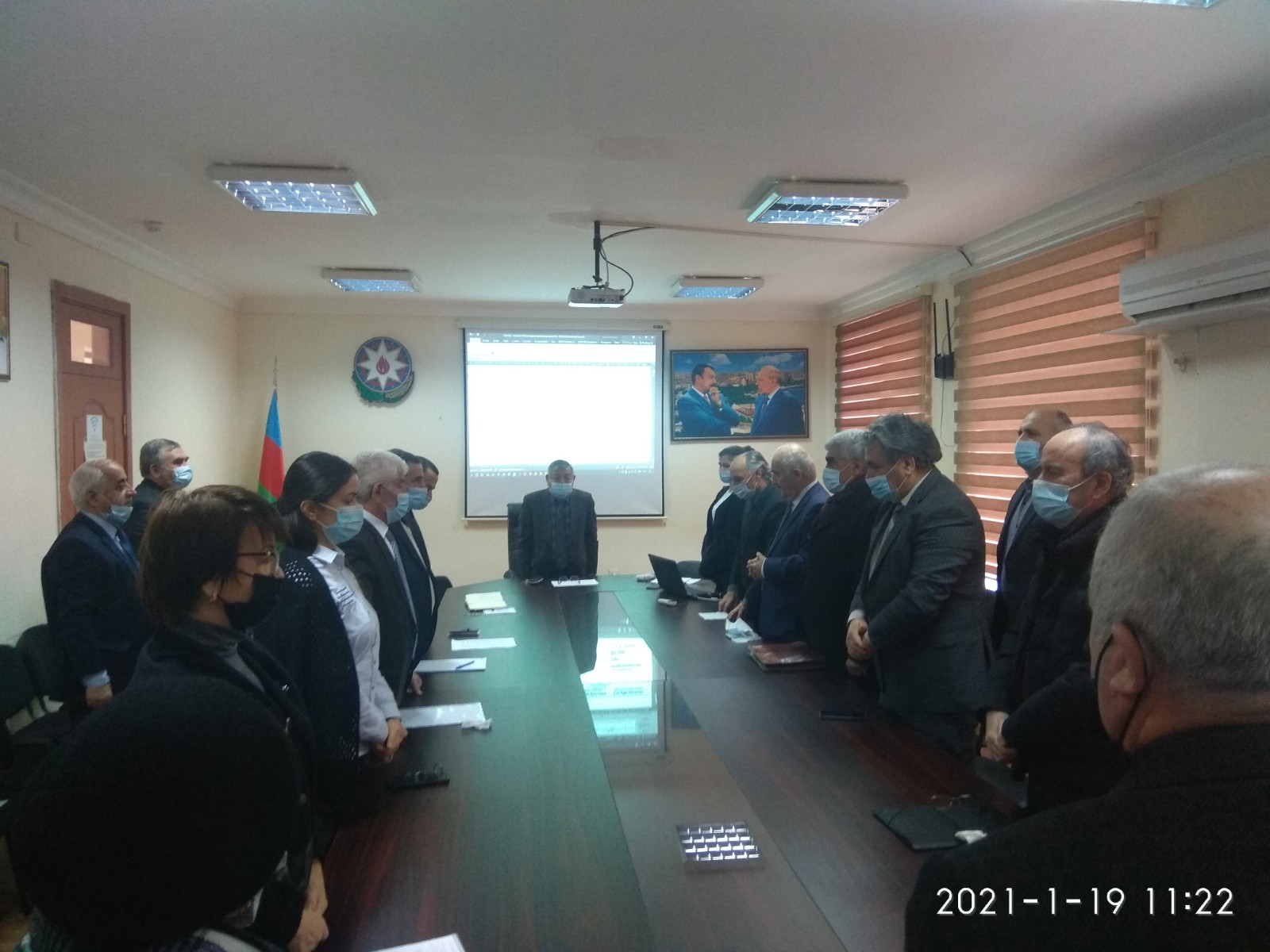 A meeting of the Academic Council of the Institute of Geography named after academician H.A. Aliev of ANAS was held.

A minute of silence was honored in memory of the victims of the January 20 tragedy. The director of the institute, academician Ramiz Mammadov said that the bloody January events, which did not fade from memory and became a symbol of the freedom of our people, showed the world that we are a brave, courageous and staunch people.

He thanked our veterans of the academy, who gave their lives for the freedom of Azerbaijan, and wished God healing and patience for them and the families of martyrs.

Then they discussed the plan of research work of the Institute of Geography for 2021, the preparation of a book on the geography of Karabakh: geographical location, relief, inland waters, natural resources, climate, soil and vegetation, demography, tourism prospects, etc.

These questions will be reflected in the research plan as well as in the new book. Then the structural issue of the Institute was considered. It was decided that in connection with the death of the head of the department, Nizami Eyyubov, prior to new structural changes in the institutions of ANAS, about the temporary merger of the department of population and demography with the department of medical geography headed by D.Sc. in geographie Zakir Eminov.