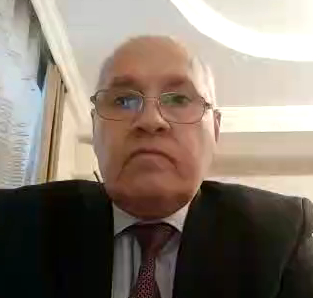 Chief Researcher at the Institute of Geography named after Academician G.A. Aliyev, Doctor of Geographical Sciences Mahammad Abduyev shared his views on water resources in the liberated territories and the possibilities of their use, as well as on improving water resources management in the future as a result of the liberation of these lands.

According to him, the water resources of Azerbaijan are on average 30.0 km3. 3/2 of them, that is, 20.0 km3 falls on the transit flow, and 10.0 km3 are formed within our borders. The water resources of our liberated territories, consisting of rivers, lakes and groundwater, are estimated at about 780 million m3. This is about 20 percent of our local water resources.

During the occupation, Azerbaijan was deprived of the water resources of such large rivers as Terterchay, Khakarichay, tributaries of Terterchay Levchay, Tutkunchay, Khachinchay and others, which caused difficulties in irrigating arable land, especially during the growing season. The Armenians committed ecological terror and did not allow the waters of these rivers to flow into the foothills. Their inclusion in irrigation systems in other regions of Azerbaijan, as well as in Sarsang, Sugovushan, Agdamkend, Khachinchay and other reservoirs in this region will accelerate the process of environmental restoration.

The scientist noted that during the occupation, these rivers were blocked by the Armenians, therefore, water was used from many artesian wells drilled in the foothills of Karabakh. Since these waters are very clean, groundwater, it is more expedient to use them as drinking. The river water is rich in minerals and organic compounds, therefore it is more suitable for irrigating fields.

Expressing confidence that the water resources of the liberated territories will make a turn in the development of our economy, the geographer said that this would have a positive effect on increasing irrigated land, meeting water demand, allocating and managing other water resources.