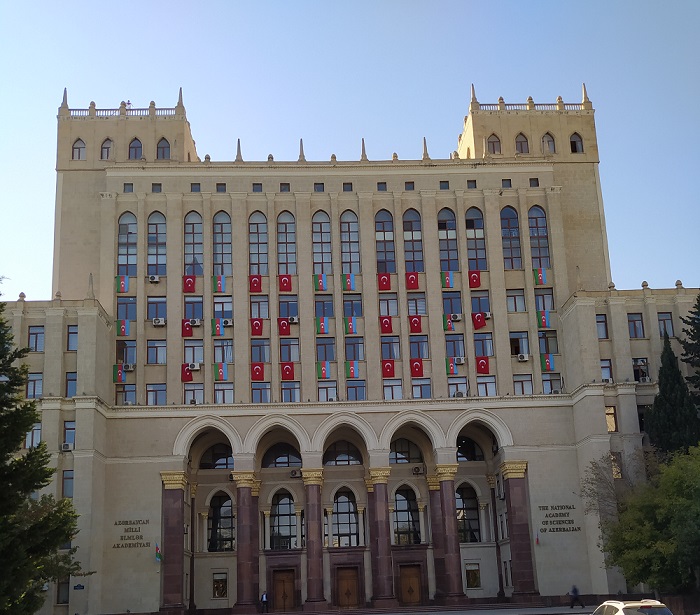 The 44-day Patriotic War ended with a BRILLIANT VICTORY OF AZERBAIJAN, the lands that were under occupation for about 30 years were liberated. On November 10, the President of Azerbaijan, the Prime Minister of Armenia and the President of Russia signed a statement on a complete ceasefire and hostilities in the conflict zone. According to the statement, the Kalbajar, Aghdam and Lachin regions were returned to Azerbaijan by December 1, 2020. Thus, Azerbaijan actually forced Armenia to capitulate.

From the very first hours of the Karabakh war, the National Academy of Sciences of Azerbaijan took a place at the forefront of the scientific and information war ...

Agaguseyn Shukurov, Head of the Press and Information Department of the Presidium of ANAS, Doctor of Philosophy