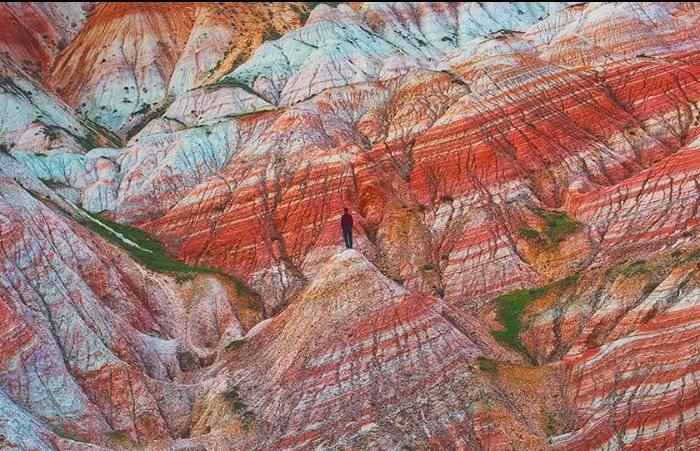 PhD, doc. Mirnukh Ismayilov, head of the department of Landscape planning at the Institute of Geography named after acad. H.Aliyev of ANAS, gave interesting information about Khizi mountain to the site sputnik.az.

The researcher noted the possibility of collecting information about the history and past of the Khizi region. He spoke about the geological origin, composition and reason for the red color of the mountains located at the south-eastern end of the mountain of the Greater Caucasus.

He emphasized that these multi-colored mountains can be called Jurassic clays, since they consists of rocks of the Jurassic period of the Mesozoic era. Jurassic clays have a high concentration of perium-contaning chemical element, which gives them a similar color.

According to the scientist, the layers formed different configurations on the colored mountain slopes. And in the past, during mountain building, the layers moved in blocks one on top of the other and not by folds.

As a result, ancient rocks came to the surface, and young rocks lay down below.

He also said that, it would be advisable to create tourist facilities in this fabulous place.