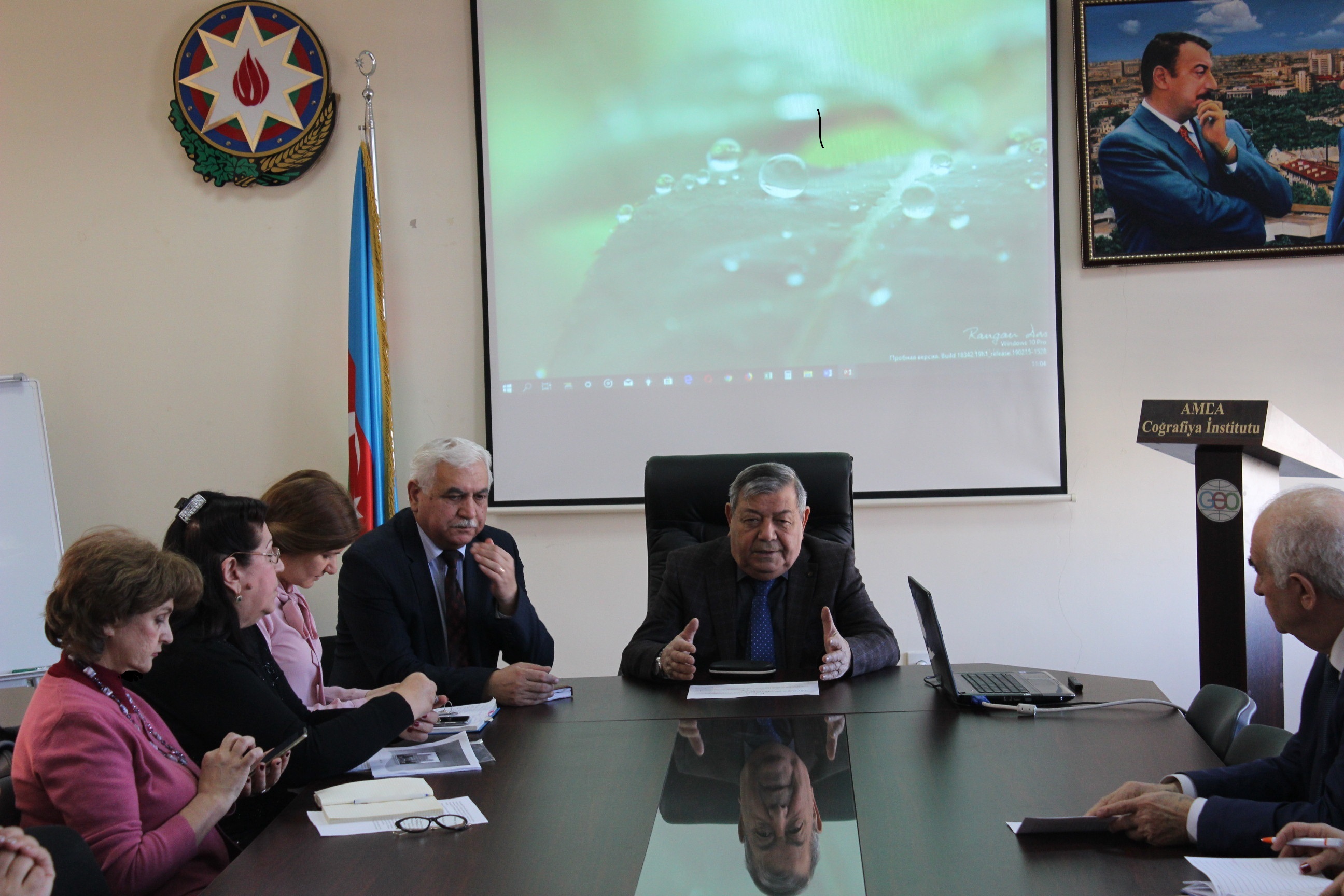 A meeting of the Academic Council dedicated to the 75th anniversary of ANAS was held at the Institute of Geography named after acad. H.Aliyev.

Director of the Institute, acad. Ramiz Mammadov said that the IG prepared an action plan for this event. According to the plan, the Institute of Geography provides for the holding of scientific and practical workshops on the research work of departments that have distinguished over the past 5 years.

The preparation of the next issue of the popular science journal “Geography and Natural resources”, dedicated to the 75th anniversary of ANAS, is also planned.

According to the academician, in general, the activities of the institute for 5 years can be considered successful. He spoke about the three-volume monograph “Geography of the Azerbaijan Republic”, two-volume “Geography of the Nakhchivan Autonomous Republic”, “Geography and Ethnos of the Turkic World”, atlases, etc.

The director of the Institute emphasized the close cooperation of scientists with the media on various TV channels, and meetings within the institute. He noted the great importance of visiting scientific conferences in various regions of the country.