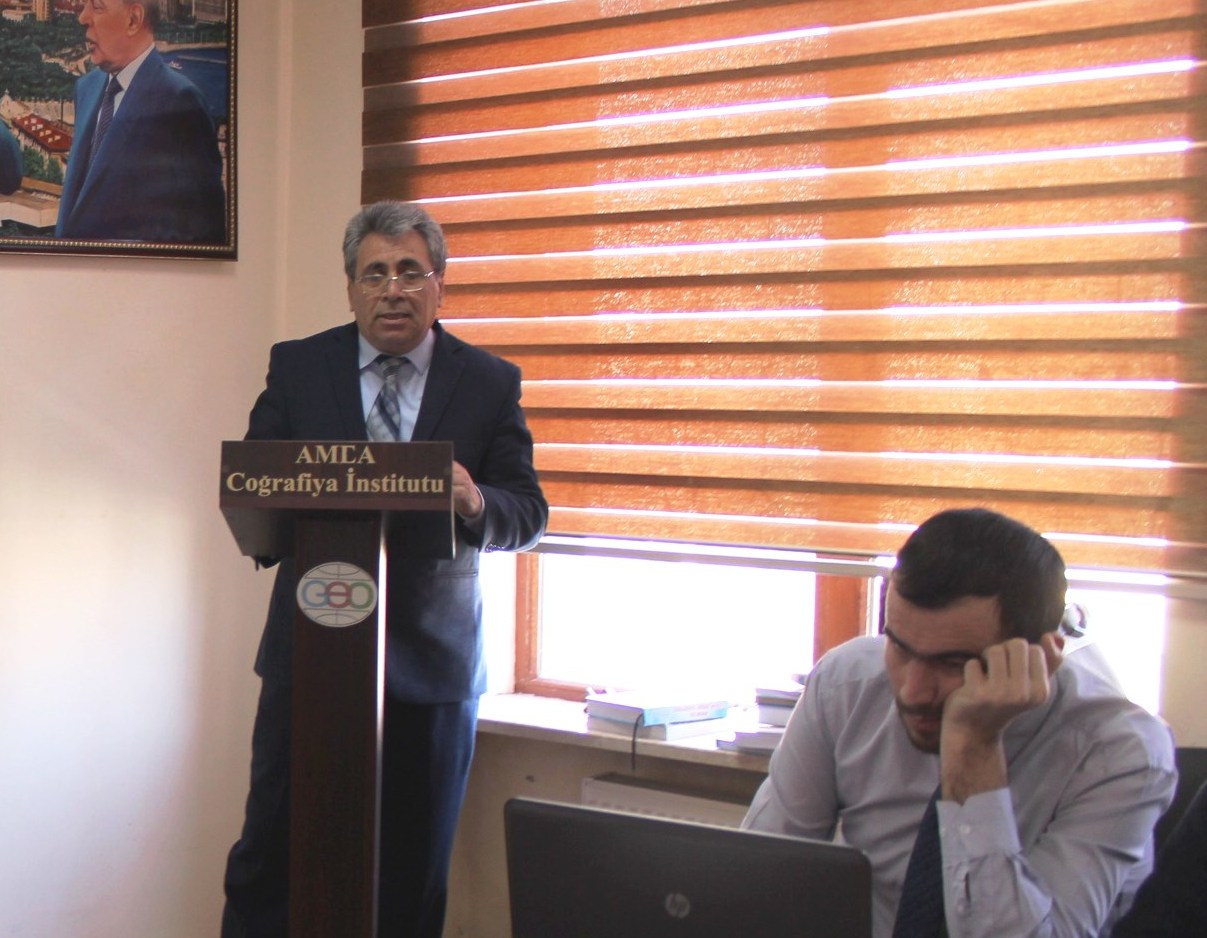 At the scientific workshop of the IG Ismayil Guliyev, head of the department “Geography of Land Resources”, made a report on the theme: “Natural and anthropogenic degradation of various ecosystems of the Samur-Absheron plains and the efficient use of soils”.

The researcher said that along with natural factors, the migration of people from mountainous areas to plains, a decrease in pastures and grazing land, an increase pressure on the soil, burning grass in summer, the lack of measures against corrosion, the expansion of the road transport network, oil production, stone quarries, and other factors led to the degradation of the arid lands of coastal soils between the Caspian Sea and Samur-Absheron.

The scientist identified the main types of degradation in this area and estimated soil degradation by anthropogenic factors based on tables, diagrams and maps.