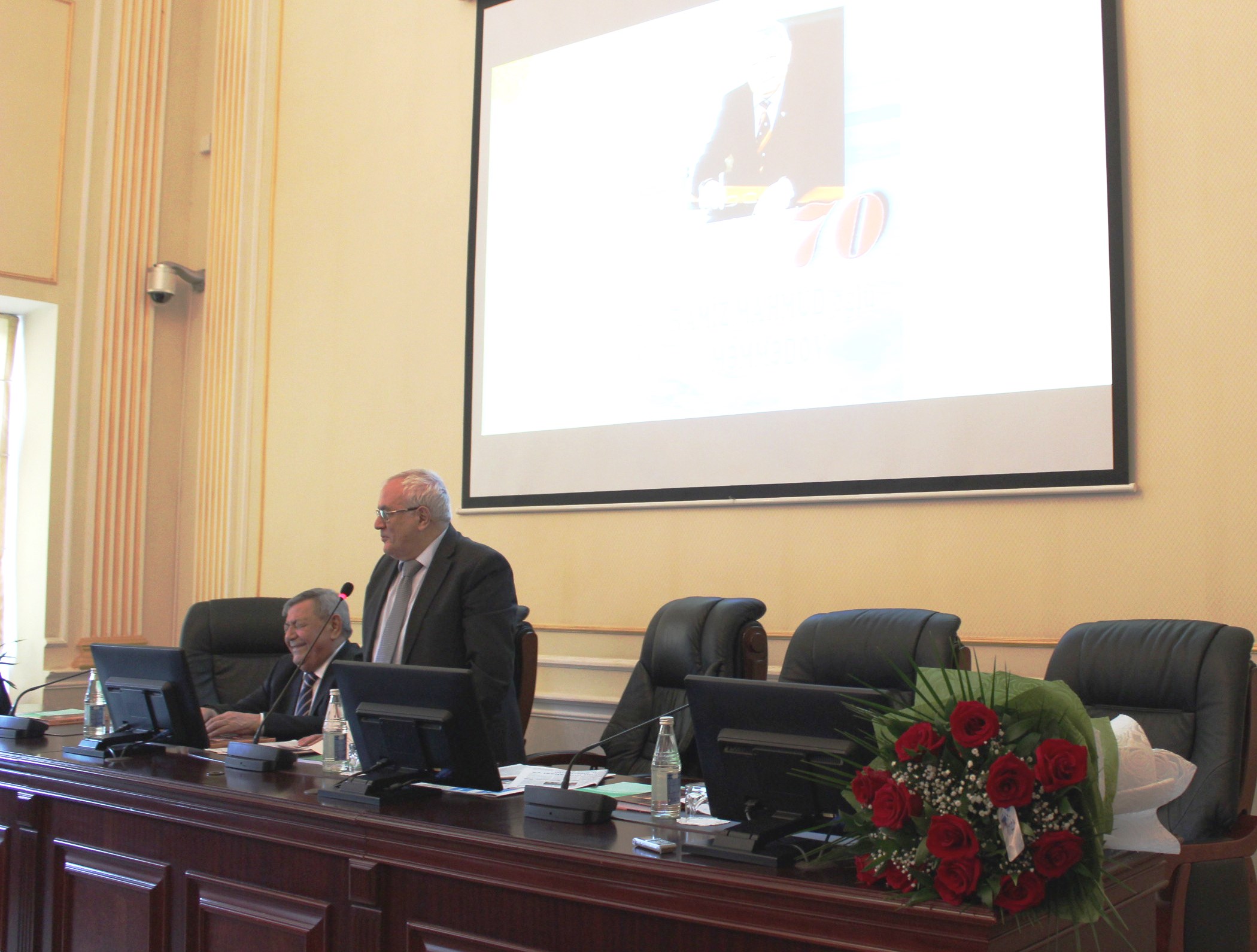 On February 4, an event dedicated to the 70th anniversary of the birth and 45th anniversary of the scientific-pedagogical activities of the famous geographer, State Prize laureate, President of the Azerbaijan Geographical Society, director of the Institute of Geography academician Ramiz Mammadov, was held in the Main Building of ANAS.

Initially, a booth was displayed in the lobby, reflecting the life and scientific activity of the scientist.

Opening the event, ANAS first vice-president academician Ibrahim Guliyev noted the special role of R. Mammadov in the development and promotion of geographical science in Azerbaijan. He said that the research of a scientist with high analytical thinking in the field of landscape planning and the Caspian Sea gave impetus to the growth of the theoretical and practical importance of geographical science in Azerbaijan.

Then the head of the department of the Institute of Geology and Geophysics academician Fakhraddin Gadirov delivered a lecture on the life and work of the hero of the day. It was noted that the scientist for the first time investigated the statistical and spectral characteristics of turbulence in a wide range of spatio-temporal scales in the open part of the Caspian Sea, established general patterns of the distribution and distribution of pollutants in the sea. A model has been prepared for determining the parameters of the upper quasihomogeneous layer by temperature, in the presence of wind speed and direction, as well as heat flow through the sea surface. A non-stationary model has been developed for the interaction of the atmosphere with the sea, which, with a known course of the wind speed, allows determining the parameters of the surface layer of the atmosphere. A physical-geographical model has been developed to calculate the distribution and distribution of pollutants in the Caspian Sea under various hydrometeorological conditions, taking into account the topography and configuration of the coastal zone. He investigated the causes of fluctuations in the level of the Caspian Sea, established the influence of various factors on level fluctuations, and developed a long-term forecast of level fluctuations as a first approximation. Prepared and published the Integrated Hydrometeorological Atlas of the Caspian Sea.

F.Gadirov noted that the multifaceted scientific activity of the geographer was highly appreciated by the country's leadership - scientist received the State award for labor “Geography of the Republic of Azerbaijan” and was awarded the Order of “Shohrat” for his merits to the development of domestic science.

Then the reports of the deputy director of the IG, doc. Maharram Hasanov “The Great Explorer of the Caspian Sea” and PhD Mirnuh Ismayilov “Founder of landscape planning in Azerbaijan” were listened.