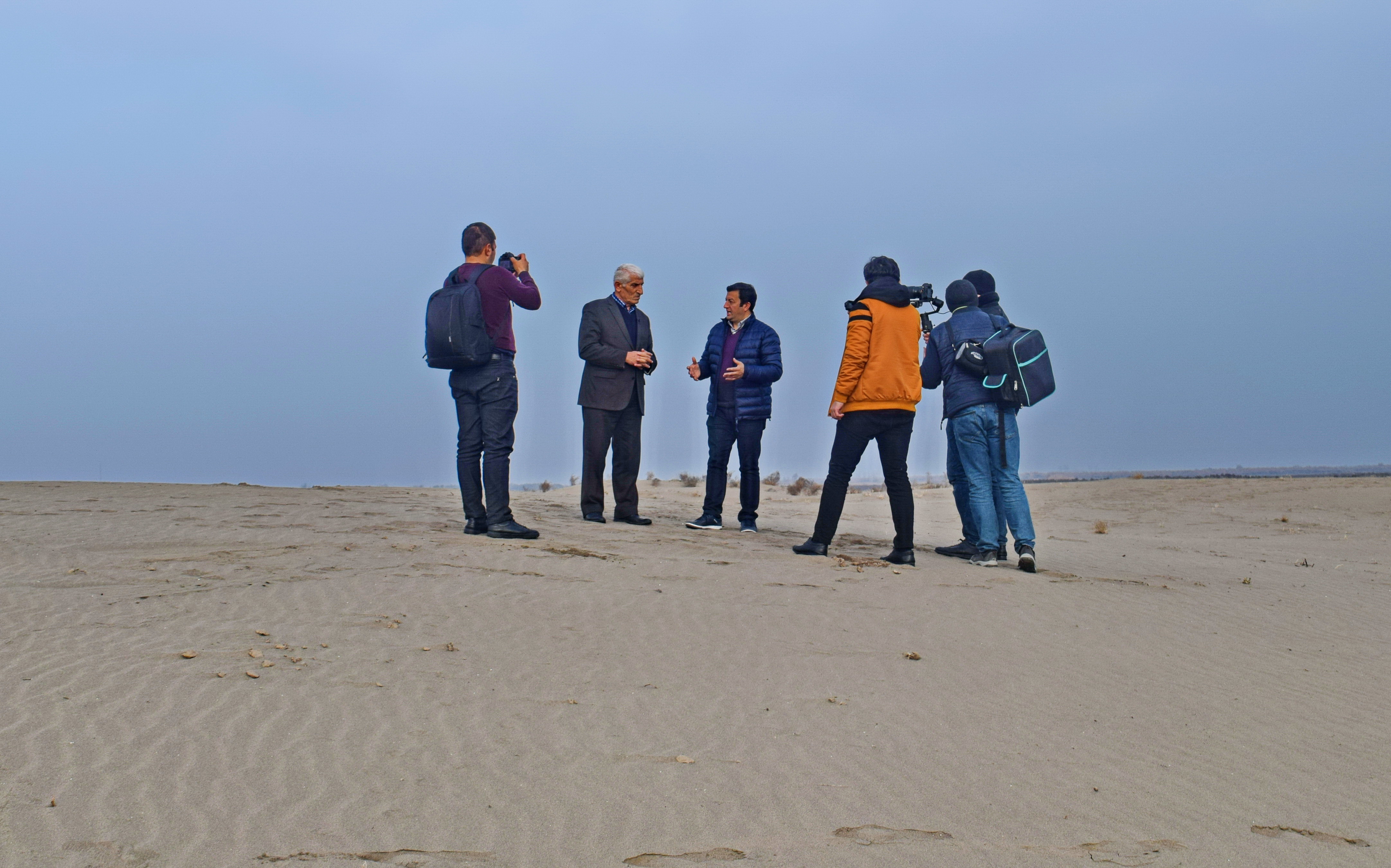 Employees of the Institute of Geography PhD in geography Mirnukh Ismayilov and researcher Emil Jabrayilov conducted field studies on the hills Shiringum of the Mill plain, accompanied by a crew of the Azerbaijan State Television.

As a result of studies, foci of desertification were observed and measurements were made. On the landscape of the Mill plain, 45 hectares of area are covered by desert.

The relative and absolute heights of the hills were measured and geographical coordinates determined. About 20 eolian relief forms such as dunes were observed. Research is being continued.

The broadcast will be prepared on the basis of materials of field studies and will be shown during the next issue of the Ecoethics television program.