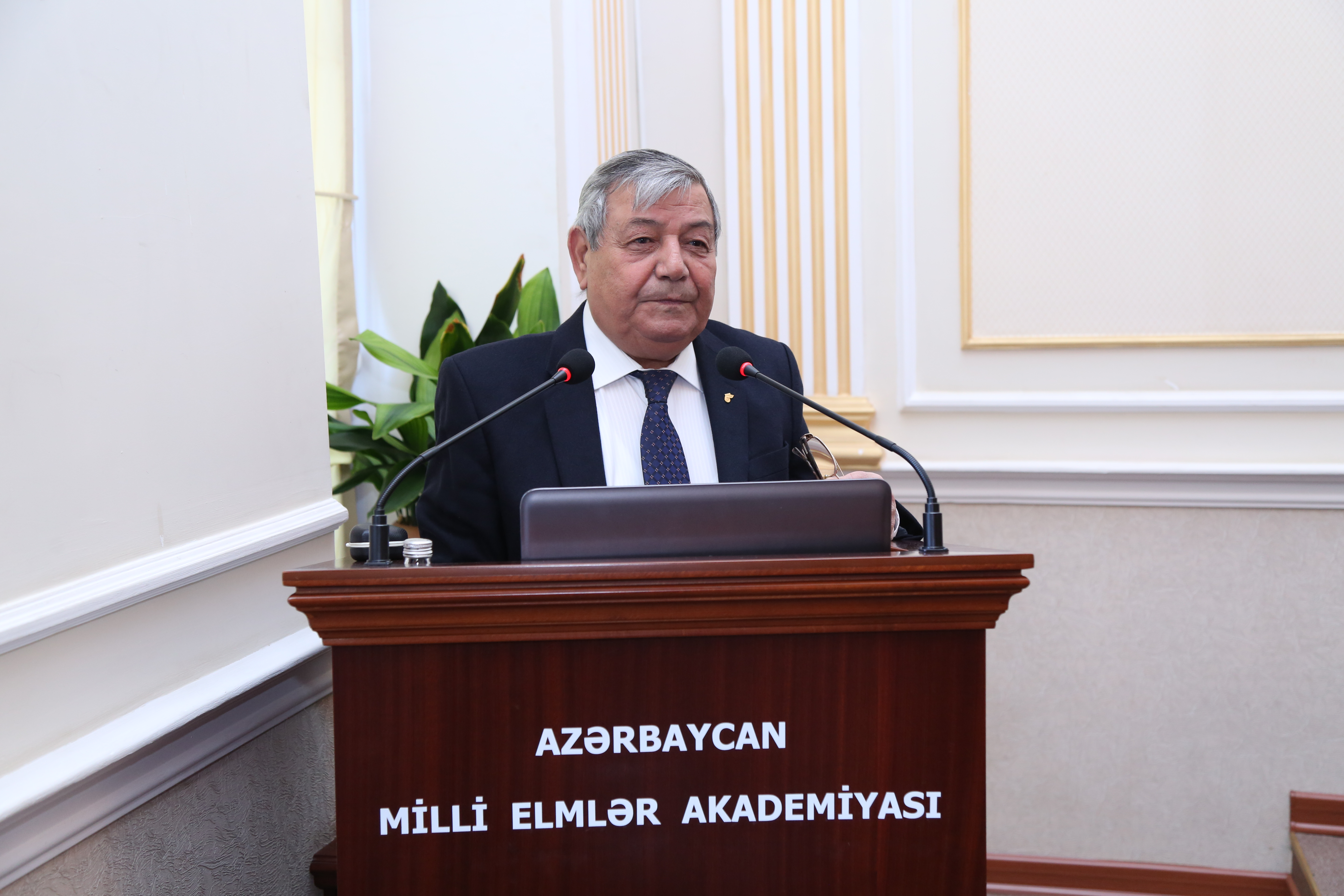 24 December, the annual report on the results of scientific and organizational activities in 2019 of the Institute of Geography was held at the meeting of the department of Earth Sciences of ANAS.

The academician-secretary of the department Fakhraddin Gadirov acquainted the participants with the agenda and then academician Ramiz Mammadov, Director of IG made a report on the results of scientific and organizational activities in 2019. He  informed that this year, studies were conducted at the Institute of Geography in the framework of research programs of the  ANAS Presidium.

R.Mammadov emphasized that the study was conducted to identify the potential of natural resources and geomorphosystems, as well as forecasting dynamic changes occurring in result of anthropogenic impacts in ecosystems.

He also said that a comprehensive study of the ecosystem of the Caspian Sea is being carried out, the role of climatic factors in climate change and restoration of vegetation.

The director of the IG informed that, as a result of the study, the arid and semi-arid zones of the country were defined by climatic bounderies; maps and tableswere compiled.

At the same time, he noted that quantitative indicators of flood centers were determined in the basins most susceptible to the floods of the rivers of the Great Caucasus.

In addition to the planned work, according to the director,  two-week trainings on computer technologies were organized. He also talked about the creation of an integrated scientific network of the Caspian Sea Caspinet (Caspıan Integrated Scıentıfıc Network).

Acad. Ramiz Mammadov informed about the publication of the first volume of the three-volume “Geography and ethnos of the Turkic world”. He also noted that in 2019 the Institute scientists published their works: 1 journal, 1 book, 9 monographs, 3 study guides, 2 textbooks, 4 teaching aids, 3 programs, 2 atlases. 152 articles were published, 7 of them were published in the Web of Science.

R.Mammadov spoke about international relations, grant projects of IG  and the trainings of scientific personnel this year.

Then discussions took place around the report. All speakers praised the activities of the IG for 2019. The report was unanimously adopted.