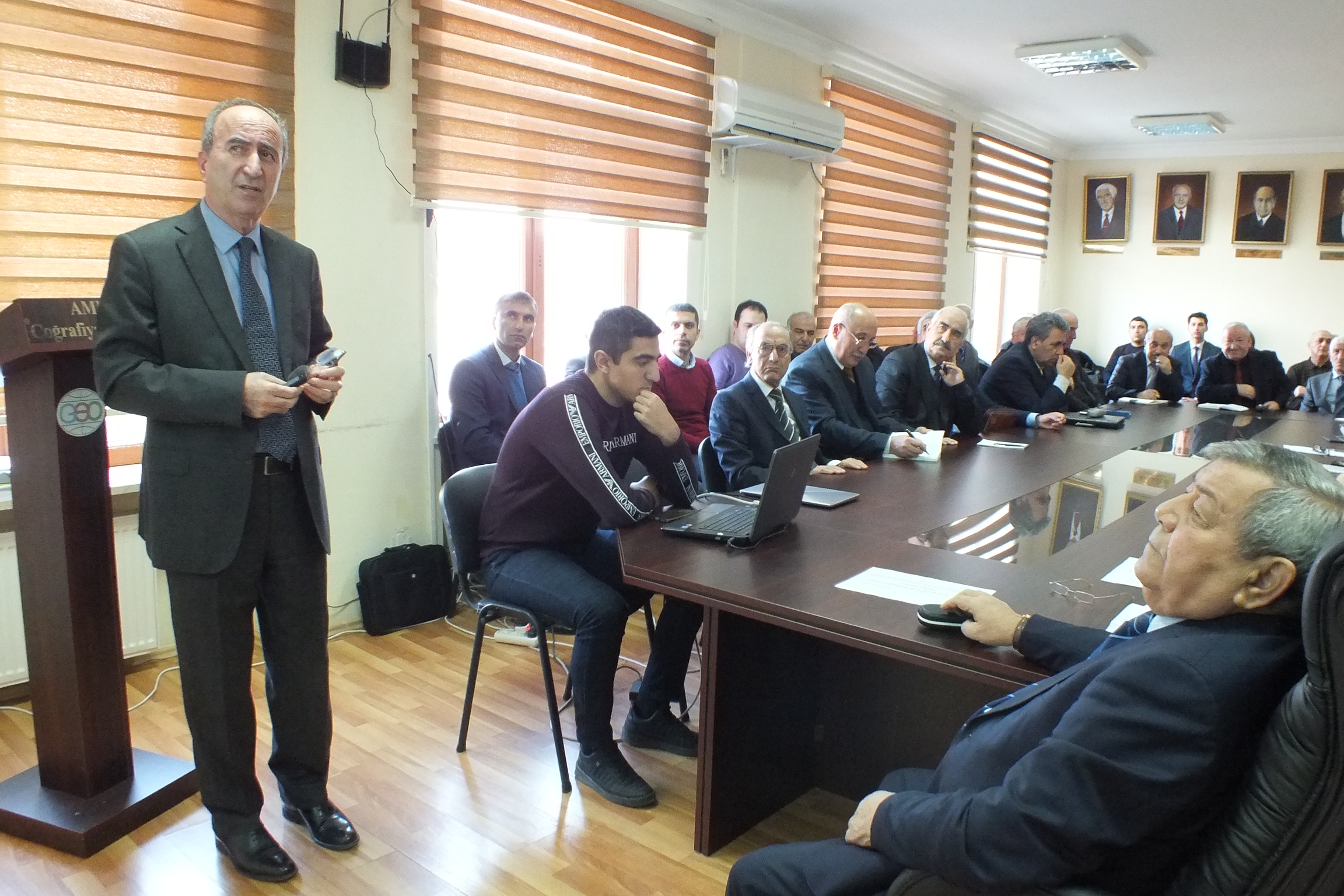 At the next meeting of the scientific workshop of the Institute of Geography, a leading researcher of the department of climate and agroclimatology, D. Sc. in geography Said Safarov made an extensive presentation on the topic “Modern changes in the precipitation regime on the Absheron Peninsula”.

The scientist studied the regime of rainfall according to observations of the hydrometeorological stations of Sumgait, Baku, Mashtagi and Pirallahi, as well as Neft Dashlari and Chilov. He noted a rise in temperature more rapidly over the past 10-15 years, with some decrease and increase in different zones.

The researcher explains the reason for the increase in rainfall due to changes in the nature of air circulation, as a result of global warming, increased evaporation of surface water, population growth, expansion of urban boundaries, and air pollution.

He also noted that a sharp increase in rainfall in autumn-winter months led to a decrease in traffic, rapid destruction of roads, an increase in groundwater levels etc. according to him, recent landslides are due to an increase in the total amount of precipitation and their intensity.

The scientist noted that the change in precipitation regime should be taken into account in urban planning and construction.