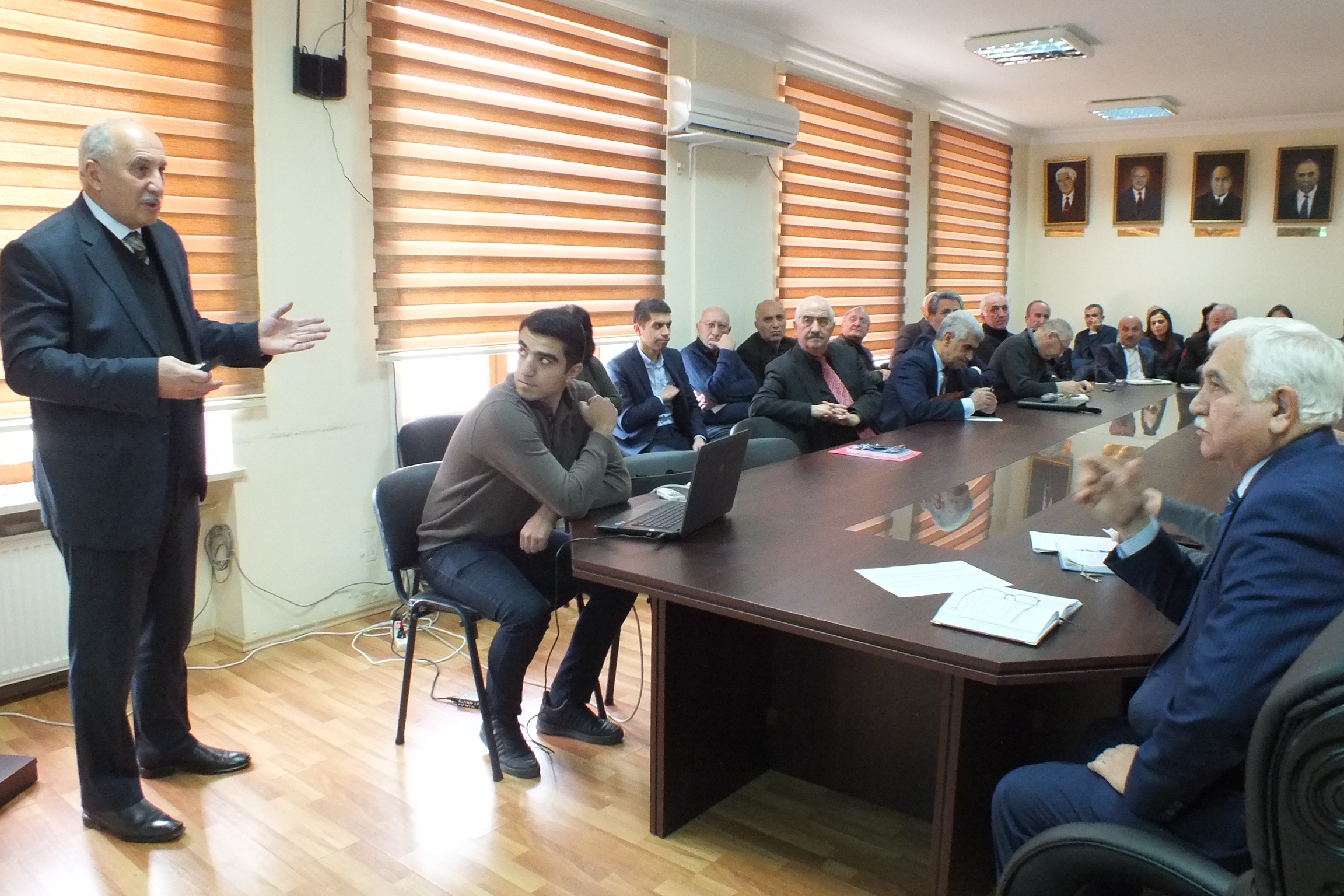 Put forward a new hypothesis regarding the formation of the South Caspian plains 2019-11-27 17:17:00 / SCIENTIFIC ASSEMBLIES

PhD in geol.-minerology Rashid Fataliyev made a report on the theme “Meteorites, the basin of the South Caspian and Azerbaijani folklore” at a Scientific Workshop of IG.

The scientist provides an overview of meteorites and species, their position in the solar system, the reasons for the fall to Earth, craters, false meteorites and fallen on the territory of Azerbaijan.

Fataliyev noted that he prepared his presentation with the desire to develop a multi-disciplinary approach to research and inform about meteorites. He puts forward a different assumption about the origin of the South Caspian lowland, pointing to its meteorite origin.

It is noted that the current state of the South Caspian lowland began its formation as early as the Neogene period as a result of the fall of the giant asteroid between Pontus and the Lower Pliocene into the South Caspian, and tectonic and geomorphological processes took place over the next 5 million years. The researcher also suggested a possible connection between meteorites and some genres of Azerbaijani folklore, which he analyzed and found interesting results.