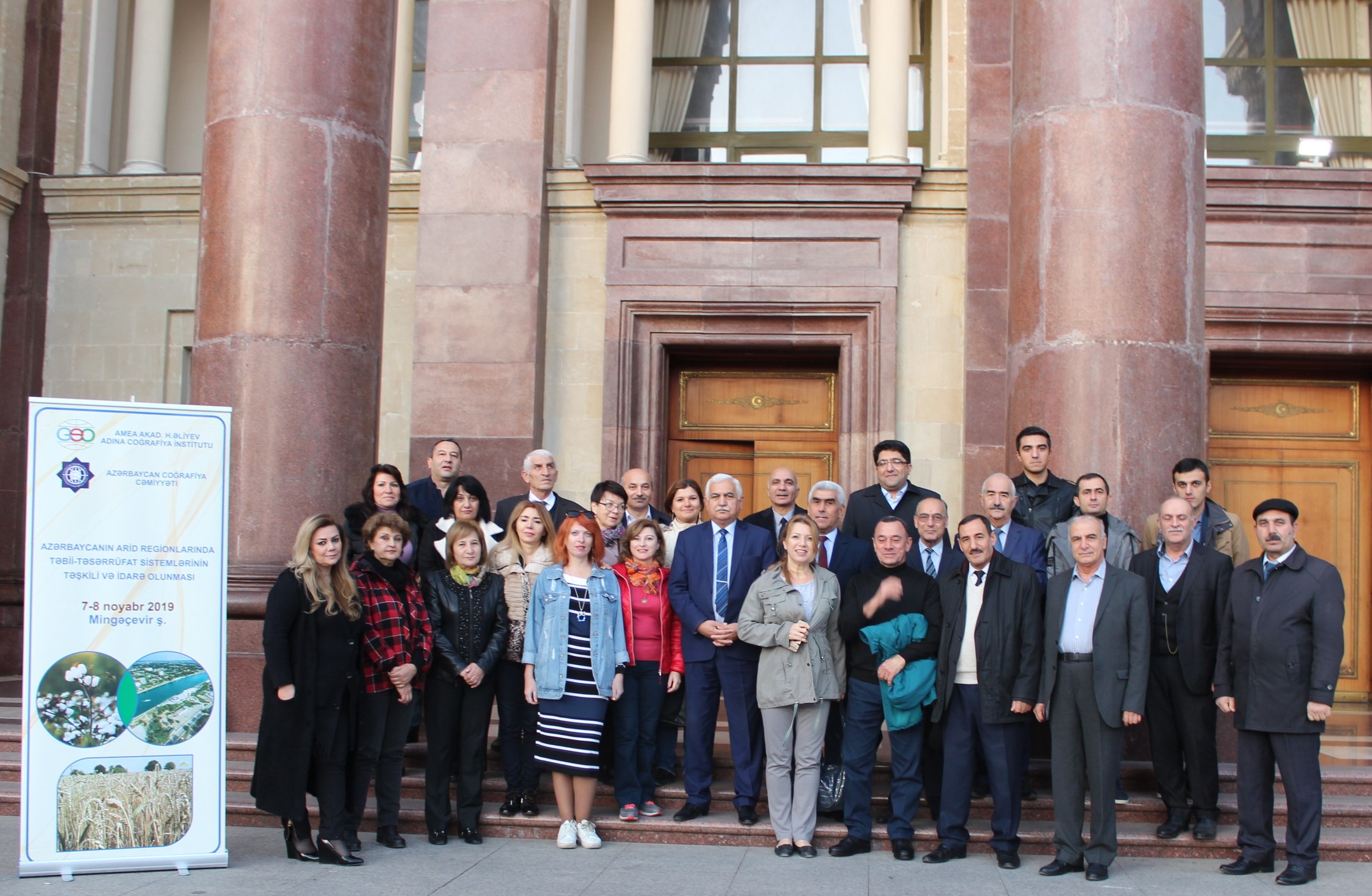 On November 7-8, a scientific –practical conference was held in the city of Mingachevir on the theme “Organization and management of natural-economic systems in aride regions, organized by the Institute of Geography named after acad. H.Aliyev and the Azerbaijan Geographical Society.

Sahil Babayev, a representative of the city’s executive branch, greeted the conference participants and gave information on the status of Mingachevir, its economic development, industrial facilities, and the population.

The academician emphasized the positive role of maintaining the ecological balance of the land cover of the regions, protecting the natural-landscape potential and preserving biodiversity in the development of tourism and the non-oil sector.

Then, acad. R.Mammadov made a report at the plenary session “The Impact of Climate change on the natural and economic systems of aride lands”.

In his report, the academician presented the theoretical basis of climate change and spoke about climate studies in the country, climate parameters, the impact of climate change on agriculture, water resources, the Caspian Sea and human health. He used maps, tables and photos for a detailed analysis of temperature anomalies, distribution of wind and precipitation in the territory for the period 1991-2004 and 2005-2016.

D.Sc. Zakir Eminov made a report “The quality of life of the azerbaijani population and its impact on demographic development”.

PhD on geography M.Ismayilov made a presentation, prepared jointly with doctors of philosophy in geography Elina Kerimova and Irina Kuchinskaya on the theme “The basic  principles of landscape-ecological status and optimization of arid and semiarid territories” drew attention to the creation of a geographic database and research based on topographic maps and field work materials.

At the plenary session, PhDs Habil Akhverdiyev, Zaur Imrani, Zarnura Hamidova made reports:   “Resources of arid landscapes of Azerbaijan and problems of use”, “Sustainable Tourism Industry”, “Methodology for the detection of areas with flood threat, based on remote sounding “ and others.

At the end of the conference, after extensive discussion, a document was adopted approving the draft decision.