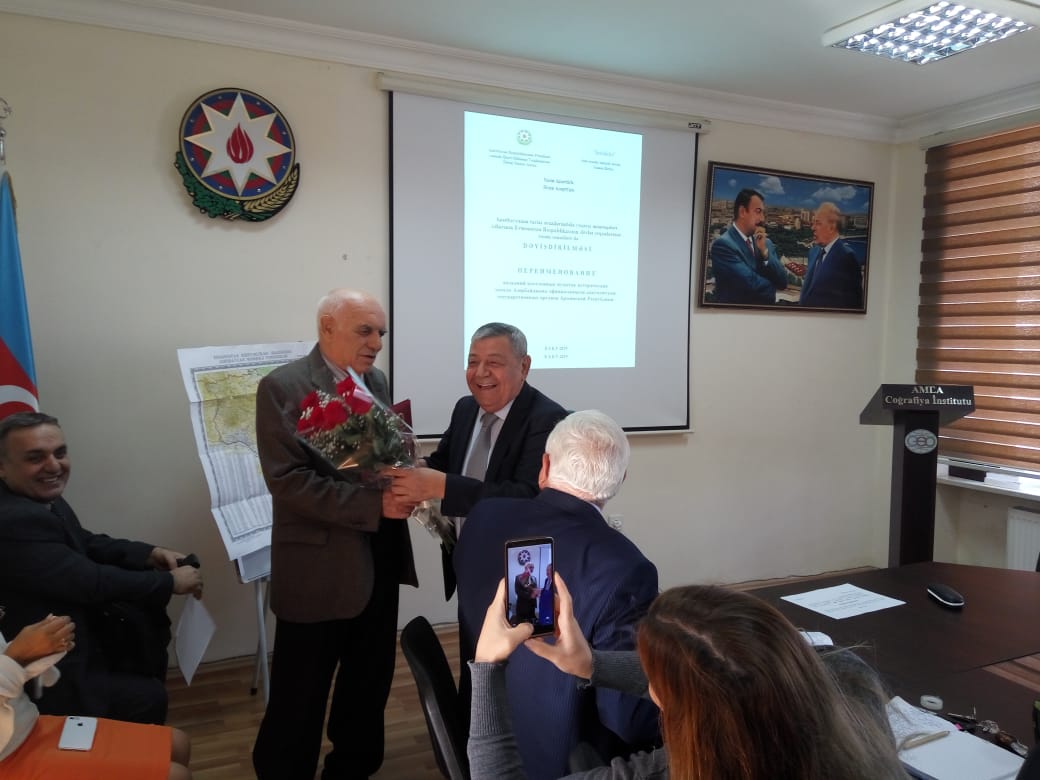 The Institute of Geography named after acad. H. Aliyev of ANAS celebrated the 80th anniversary of the leading researcher of the department of Geomorphology, PhD Vasif Guluzade and the 50th anniversary of his scientific and pedagogical activity.

Director of the Institute, Academician Ramiz Mammadov, congratulated him on this event on behalf of the staff and wished him success and scientific achievements.