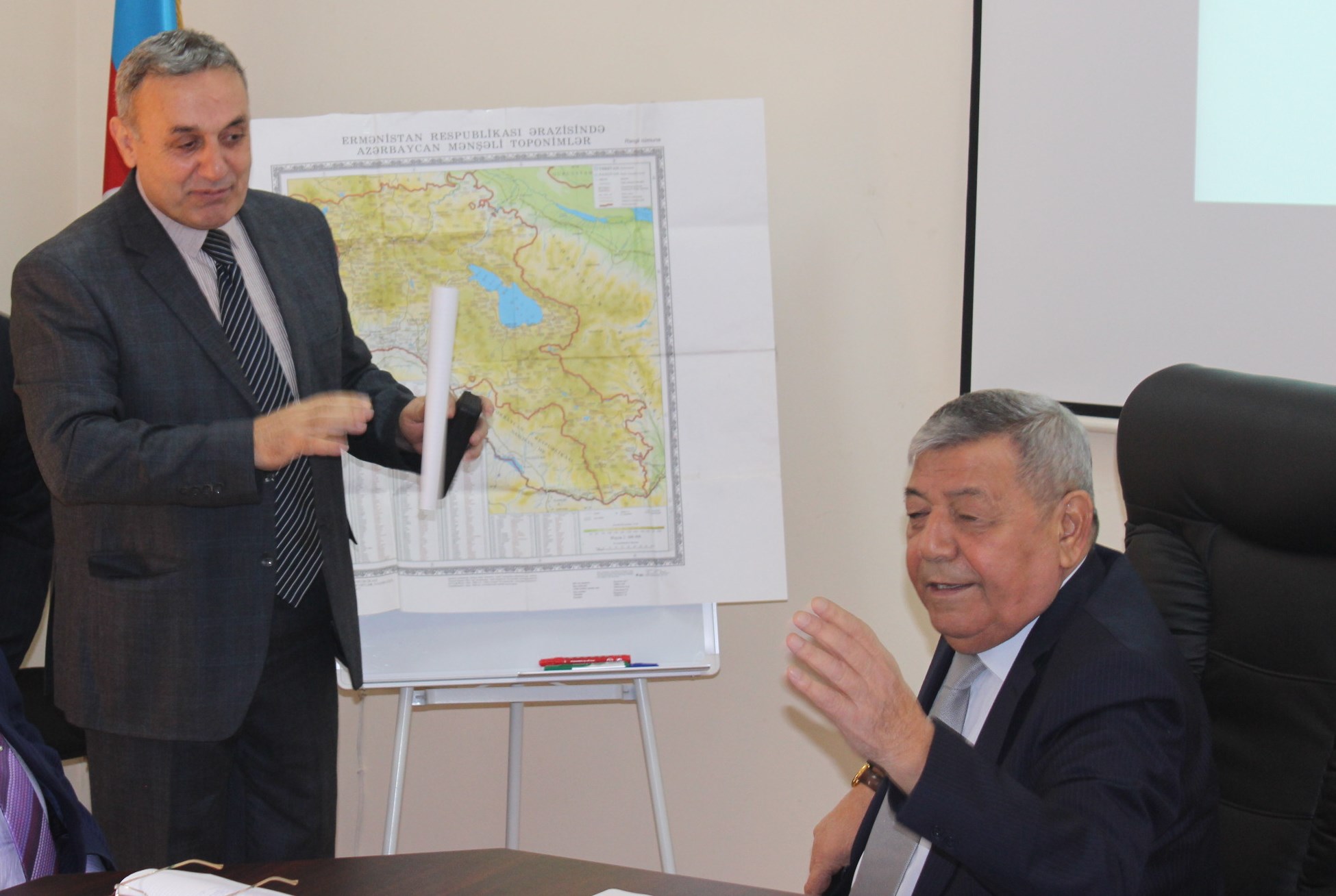 At the next scientific workshop, director of the Institute of Geography after acad. A. Aliyev acad. Ramiz Mammadov, acquainted the audience with the agenda and passed the floor for the report to Dr. in agrarian sciences Yasin Kerimov.

In his report, Y. Kerimov spoke about his book “Renaming by the Armenian authorities of the settlements of the historical territories of Azerbaijan with official documents”.

Having gained access to the Russian archives of Moscow, he received more than 60 decrees of the Presidium of the Supreme Council of the Armenian SSR and other documents on renaming settlements and village councils in the historical territories of Azerbaijan (now the Armenian territories).

These decrees prove the replacement of more than 300 names of Turkic origin with Armenian names for the period 1946-1968 (To date, the number of such geographical names has exceeded 1000).

For example, the statement attached to the document says: “In Armenia, work is underway to change the names of villages of Turkic origin that are offensive in content and left after occupation by foreign invaders. Moreover, if possible, historical Armenian names are being restored”.

Or there is another decree: “In connection with the relocation of the population to Azerbaijan, eliminate the settlements whose names are mentioned”.

In discussions on the topic, the author’s initiative to write a book based on archival materials was welcomed.

Academician Ramiz Mammadov thanked Y. Kerimov for collecting valuable information where the Armenians expose themselves. He noted the need “not to leave such behavior unanswered and continue the information confrontation”.