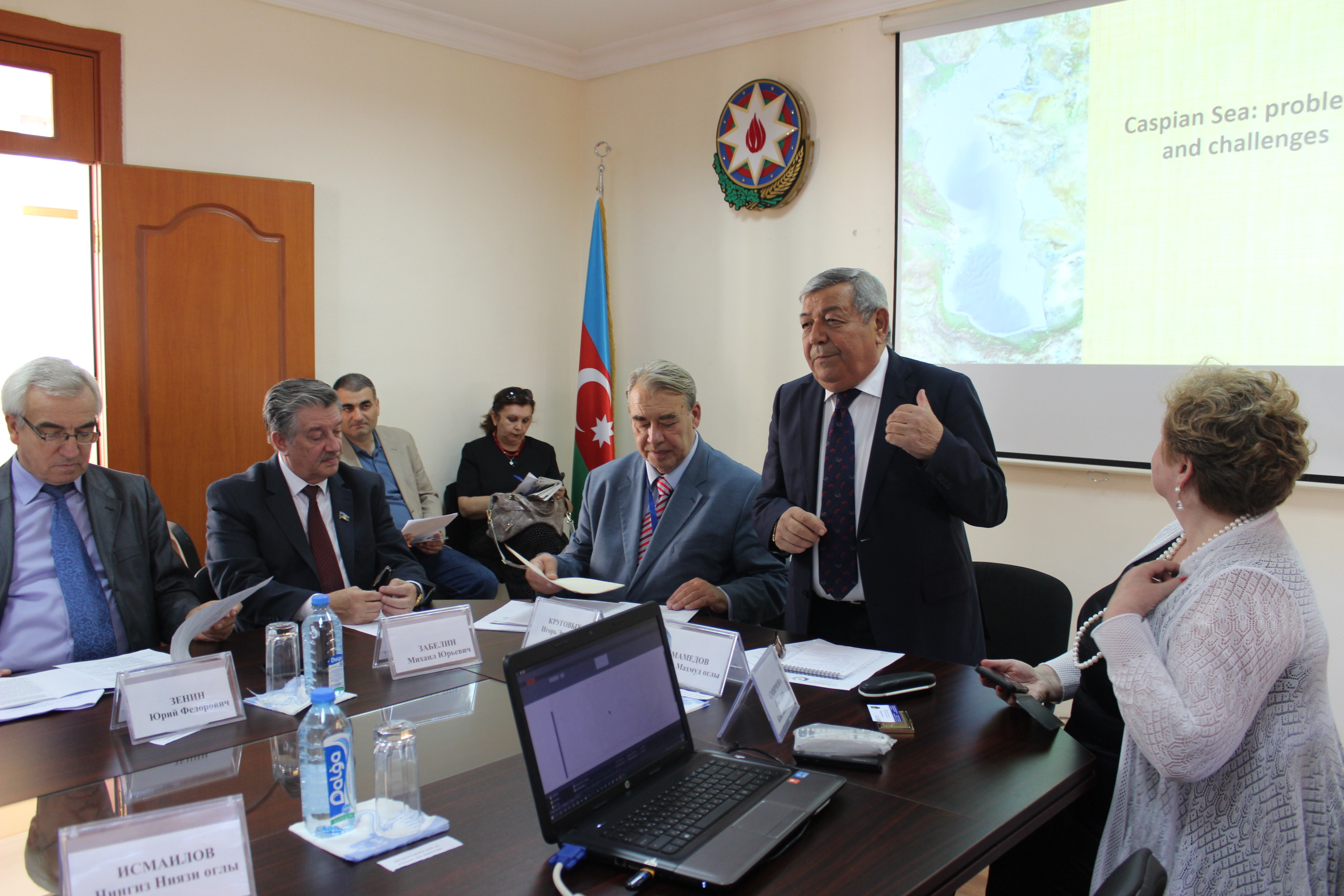 During the days of the Eurasian Peoples' Assembly in Azerbaijan, G.Aliyev Institute of Geography, by the support of the Ministry of Education of the Azerbaijan Republic and the Caspian-Eurasia Center (Russia) hosted a round table discussion on the “Contribution of the Caspian to Eurasian integration: a sea of peace, harmony and good neighborliness”.

Igor Krugovikh, First Deputy Chairman of the Council of the Assembly of the Peoples of Russia, who opened the meeting, said that the Institute of Geography has long been engaged in research on the Caspian. He noted that the main goal of the organization is to develop a specific plan of action and a roadmap for practical work in this area.

Then, Director of the Institute, academician Ramiz Mammadov, delivered a report on the history, political situation, current status and problems of the Caspian Sea. According to him, the environmental situation in the Caspian Sea with a population of 20 million people on the coast is extremely tense: “In some places, pollutants are 10-20 times higher than normal. There is the problem of sturgeon depletion. The environmental situation in Azerbaijan worsened in 1989-1995 as a result of changes in the level of the Caspian Sea”.

In addition, MP Milli Majlis, chairman of the Russian community of Azerbaijan Mikhail Zabelin, chairman of the Council of the Assembly of Peoples of Russia, doctor of political sciences Svetlana Semenova, representative of the Astrakhan State University, doctor of philosophical sciences Pavel Karabushenko, an employee of the Astrakhan State University, director of the Institute of Studies made proposals problems of the South and the Caspian region of Russia, Doctor of Philosophy Anna Romanova, Co-Chair of the Committee on National sports, Nikolai Bukhonin and others.

Then, an agreement was signed on cooperation between the International Association of Non-Governmental Organizations of the Assembly of Eurasian Peoples and the Society of Cossack Compatriots of Azerbaijan. There was also a presentation of the magazine “Caspian Region: Economics, Politics and Culture”.

In conclusion, the final document of the event was adopted.