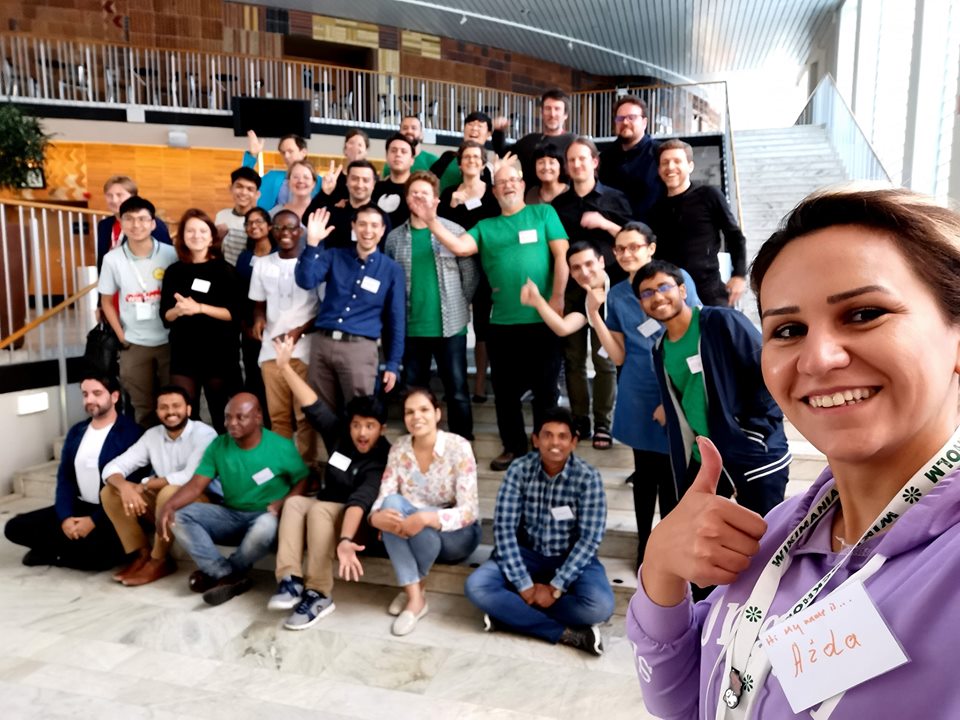 Aida Aslanova. An employee of IG of ANAS, Elgun Ataliyev and Eldar Azimov, Wikipedia administrators, represented Azerbaijan at the 15th International Wikimania Conference in Stockholm, the capital of the Kingdom of Sweden, from 14- to 19 August.

On the opening day, our representatives met with Wikipedia founder Jimmy Wales in the the municipality of Stockholm and took pictures with him.

During the conference, our representetives participated in lectures of Wikipedia, its problems and shortcomings, as well as the theoretical problems of electronic science for the various language sections of Wikipedia.

The Azerbaijani delegation also participated in the Civil Servant’s Research Summit, organized by Global Voices and met with other Turcic speaking people of Wikimania and exchanged plans for the future.