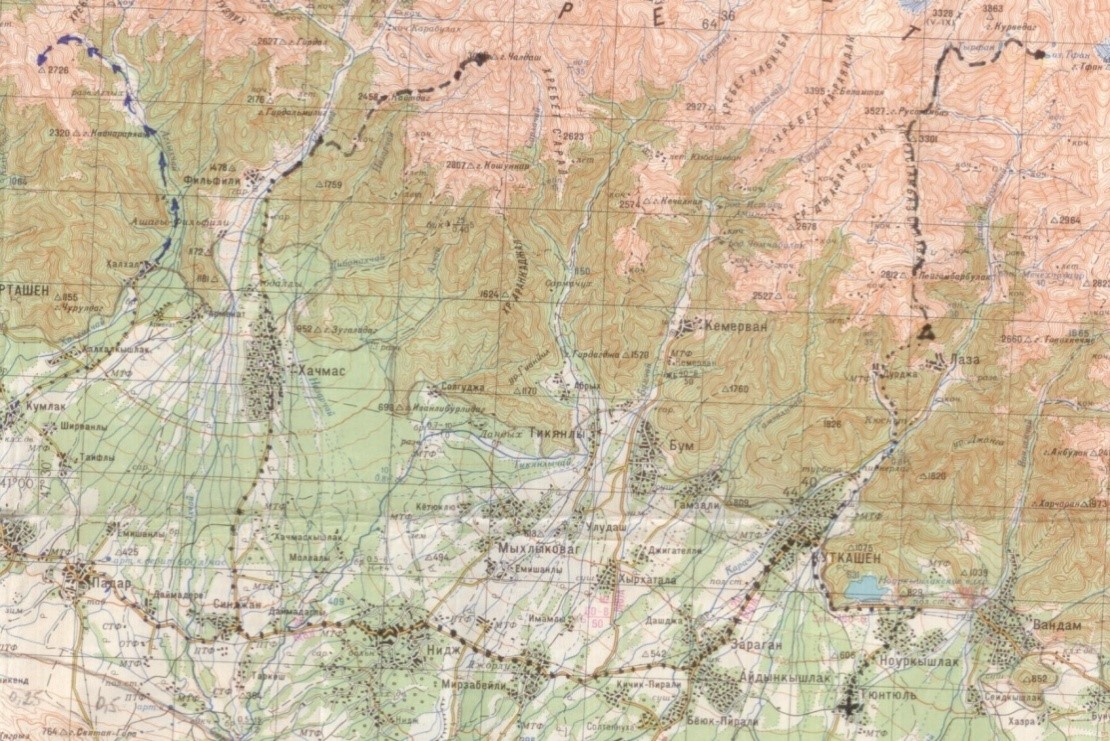 “Tufandag ecogeomorphologic group” returned from the expedition.  The group consisted on scientists headed be PhD Raphail Abdullayev of the department “Geomorphology and natural risks” at IG.

During the expedition, experts noted the changement of natural balance due to increase of anthropogenic impact on the relief, accelerating exogenous processes. They also observed the degradation of summer pastures, the retreat of the lower boundary of glaciers, the emergence and increase in the number of new centers of mudflows, as well as the expansion of the former’s