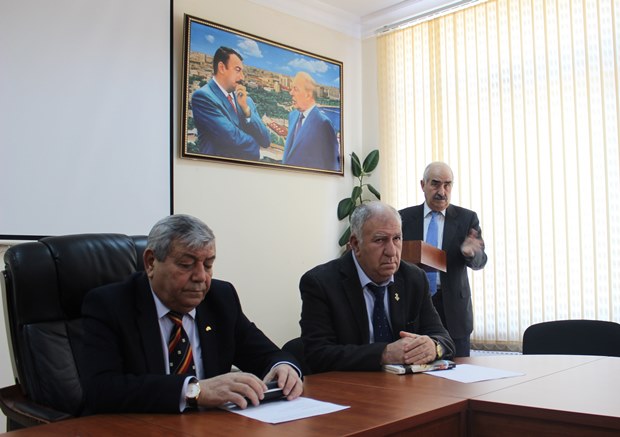 November 25 was held report meeting of the Trade Union Committee of the Institute of Geography named after acad.H.Aliyev.

The meeting was attended by the Chairman of Free Trade Unions, Professor Isa Aliyev. PhD in geography, Habil Haqverdiyev made a report about the work of the PC for the years 2013-2016 and the activities organized for the effective rest of employees.

He noted that in addition to help in solving social problems of workers, he feels obliged to organize high-level scientific staff creativity, together with administration. H.Haqverdiyev also spoke about certain weaknesses in the trade union business. He appealed to the Chairman I.Aliyev to pay attention to these questions, as well as on a number of proposals.

Academician Ramiz Mammadov in his speech considered important to pay attention to improving the social welfare of employees. To do this, he thinks appropriate to open a health center and a bookshop in the academic town, increase benefits for families with low income.

Then I.Aliyev expressed his thoughts on the report and shared his plans related to activities for the improvement of further work.

The work of the trade Union Committee of the Institute of Geography was recognized as satisfactory.