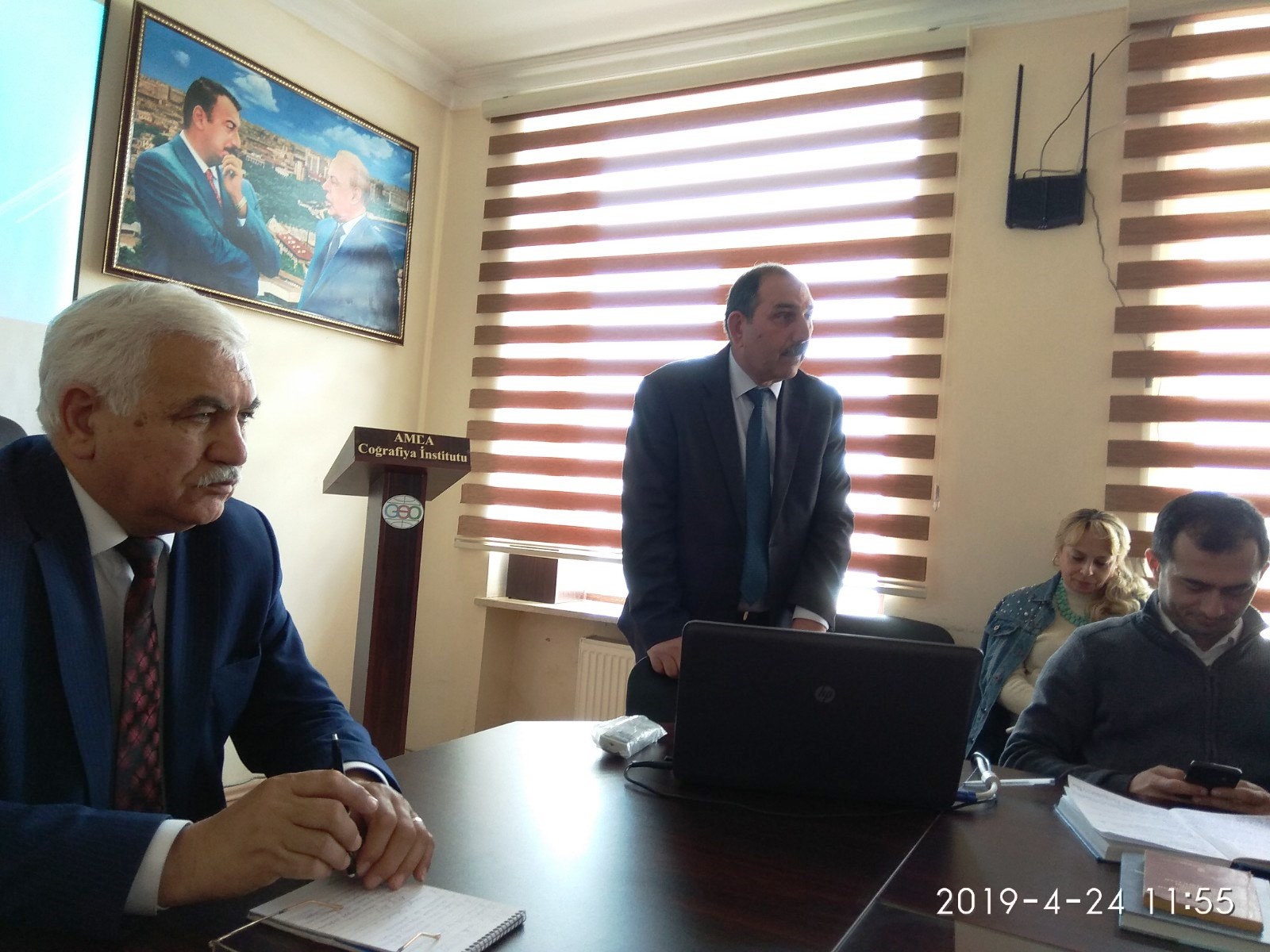 Hydrochemical and hydrometeorological condition of the Gyzylaghaj Bay were discussed 2019-04-24 17:03:00 / SCIENTIFIC ASSEMBLIES

At the meeting of the Scientific Workshop of the Institute of Geography doc. Zabit Allahverdiyev made a report on the topic “Study of the impact of the level change of the Caspian Sea on the morphological characteristics of the Gyzylaghaj Bay and on its hydrochemical and hydrometeorological conditions”.

The speaker reported the results of research in Gyzylaghaj Bay, described measurements at predetermined points of the Small and Big Gyzylaghaj Bay, spoke about sampling from surface water and bottom sediments, determining the flow velocity, measuring the temperature of the surface water and air, and bays (water discharge, emergency and channel for the passage of fish) and sea level.

The inspection showed that the ecological condition is very bad as a result of anthropogenic impact. The coastal zone is polluted with plastic bags and other garbage.

The long-term air temperature is 0,7 degrees above normal.