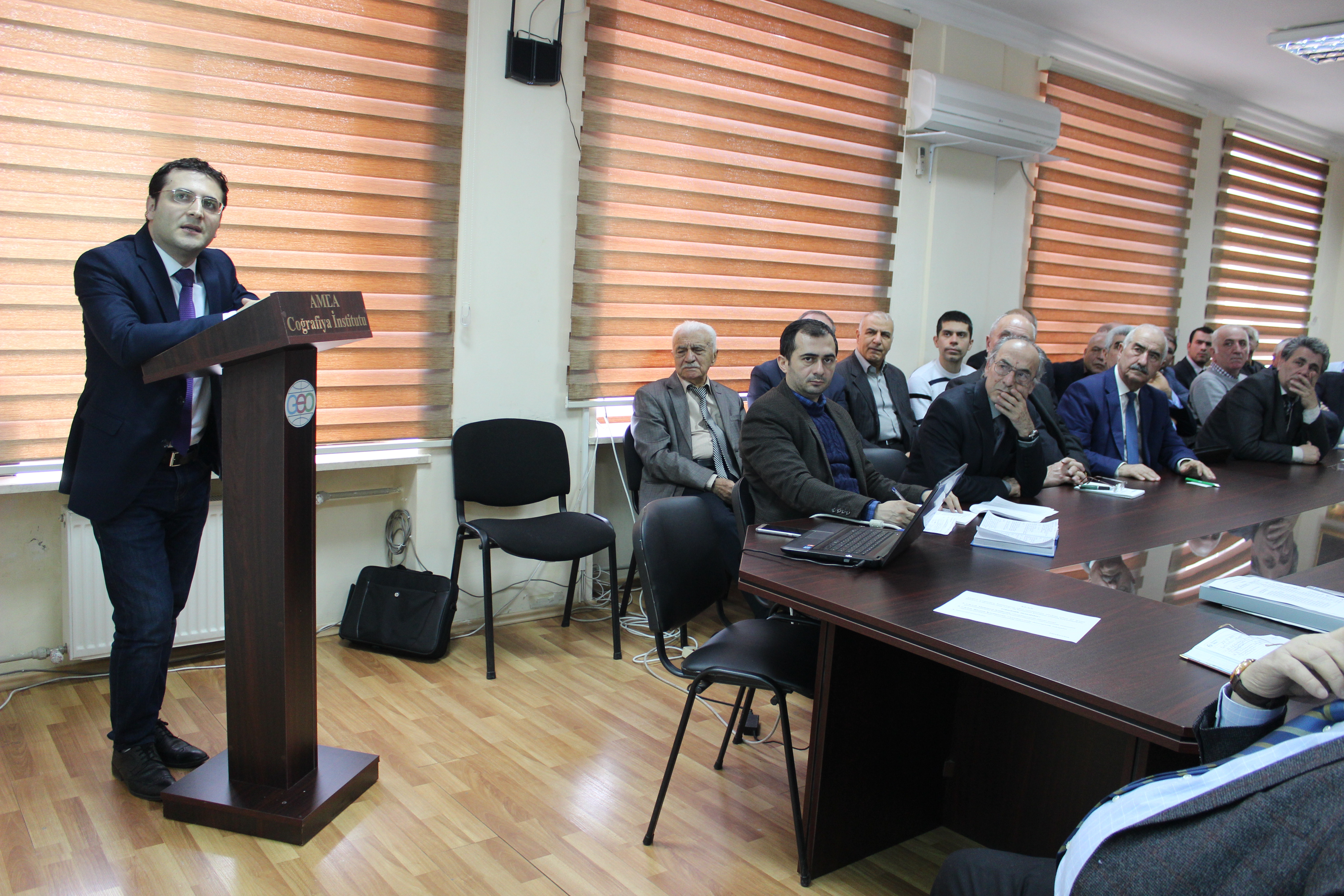 At the regular scientific workshop of the institute, chaired by academician Ramiz Mammadov, leading researcher of the dept. of Demography and Population, PhD Rovshan Kerimov, made a report on the topic “Regional problems of demographic development in Azerbaijan”.

The researcher analyzed the factors that determine the stability of regional demographic development, compared regions by population growth rate, and estimated the potential for sustainable demographic development. He noted territories unfavorable for settlement in Azerbaijan. The role of fertile land and the factor of proximity to the capital or major regional centers were emphasized.

R.Kerimov gave explanations dividing the main factors of socio-economic development of the regions into 4 groups.

On the basis of the prepared tables, he noted the preservation of a large territorial disproportion in industrial potential.

He reported on a corresponding map prepared indicating the shortage of land resources in terms of demographic development or its excess in the regions of Azerbaijan.

On the basis of the map, economic, geographical and administrative areas with high and low physiological density of population are identified. The decrease was also noted in the living space of the regions on average per capita.

Among the major cities of Azerbaijan, the lowest demographic development rate is in Mingachevir. Over the past 20 years, the population of this city has grown by 10.5 thousand people (11%).

R.Kerimov noted a relatively large number of areas where the population has declined. Among them, he named Guba-Khachmaz, Lankaran-Astara, Sheki-Zakatala, and Ganja-Kazakh economic and geographical regions.

As a result of his research, he prepared a number of maps reflecting demographic potential, growth rates and used them during the report.

R.Kerimov gave his suggestions on the above. He considered it expedient to develop a subprogram of mountain and border regions, settlements and to include it into the State program on the socio-economic development of regions.