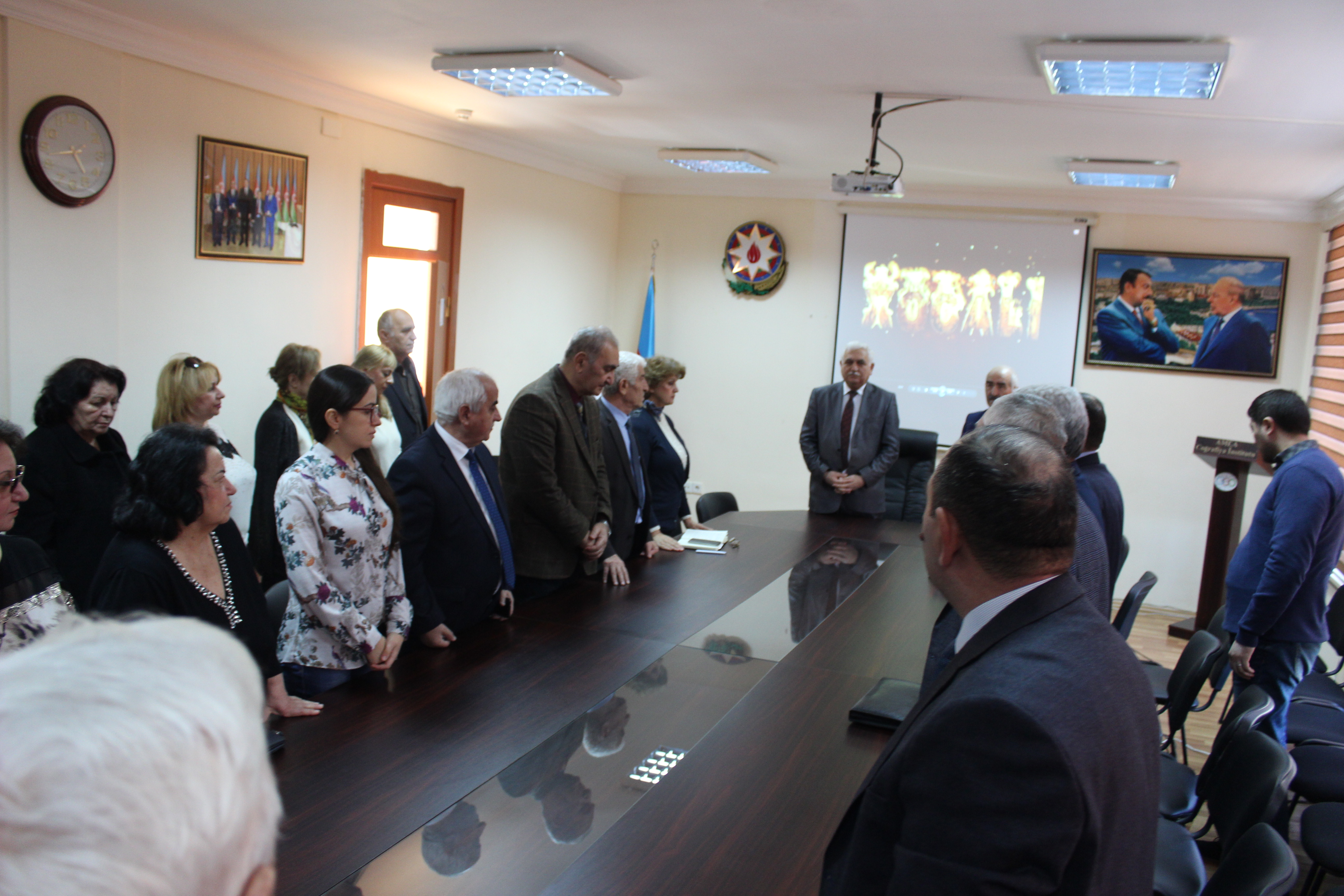 An event in connection with 27th anniversary of Khojali Tragedy was marked in the Institute of Geography named after acad. H.A.Aliyev of ANAS.

First of all, a minute of silence was honored in memory of the martyrs who died for their homeland.  In his opening remarks, Deputy Director for science, associate professor Maharram Hasanov, noted that although some countries recognize the Khojaly genocide, in reality the world community’s attitude towards these events is ambivalent.

M.Hasanov noted that the main reason for this phenomenon is the fact that the information is incorrectly served by the media.

According to him, on the day of the tragic events from 37 countries, journalists were invited, who, after taking pictures of the horrible scenes of the tragedy, then presented them as a fact of the extermination of Armenians by the Azerbaijanis.

He stressed the unforgivable mistake of the leaders of the republic, who were then in power, who hid the truth from the public in the country and abroad.

The leading researcher of the Department of Demography and Population  PhD in geography Etibar Badalov, made an extensive report on the topic “Causes leading to the Khojaly tragedy”.

Chairman of the Trade Union Organization, Doctor of Philosophy Abil Akhverdiyev, noted in his speech that the cause of the tragedies of the Azerbaijani people are the aggressive plans of Armenians resettled in our territories and the support of these claims from the outside.

Head of Department, assoc. prof. Anvar Aliyev and leading researcher, PhD G.Yagubov, spoke on the topic, showing their attitude to the Khojaly tragedy.

At the end, the video “Do not forget Khojaly” was shown.