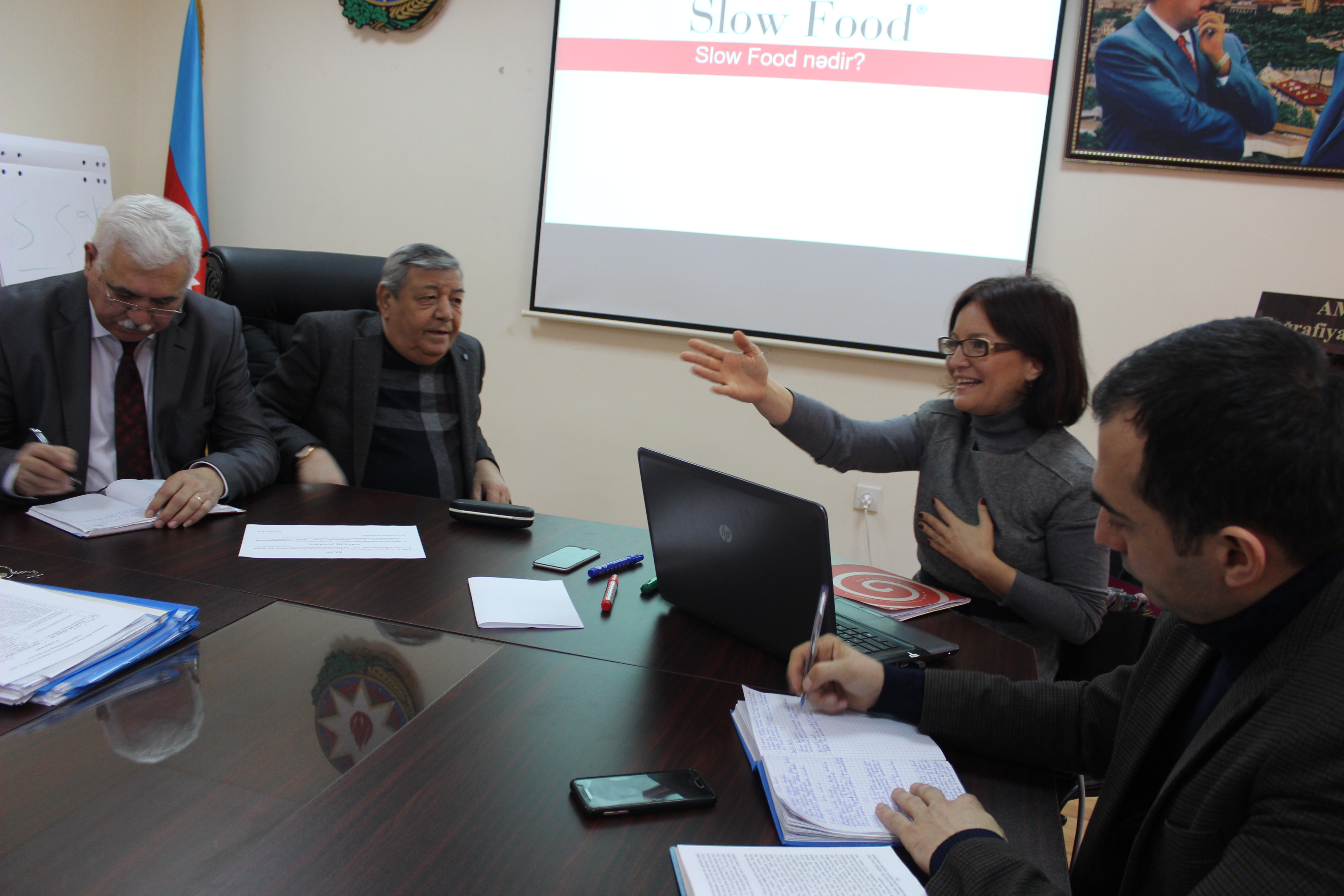 A joint meeting of the Scientific Council and the Scientific Workshop of the Institute of Geography, chaired by Acadimician Ramiz Mammadov, was held.

Maharram Hasanov, Deputy Director for Science, brought up for discussion the question about the candidacy of acad. R. Mammadov for reelection as director of the IG due to the end of 5-year term.

SC members unanimously voted for the candidacy of acad. R.Mammadov for the post of Director of the Institute of Geography named after acad. H.Aliyev of ANAS.

The decision was adopted to submit the candidacy of Ramiz Mammadov to the Department of Earth Sciences for the position of IG Director.

The issue of creating an expert commission to determine the candidacy for the ANAS competition “Young women in Science” was discussed. SC unanimously approved the candidacies of 7 participants in the competition.

Anna Kashineva, International Coordinator of Slow Food organization, made a report entitled “Support for community initiatives and employment in rural areas of Azerbaijan”.

She reported that the Slow Food IO, the Society for the Protection of animals, the national Association of Municipalities of Azerbaijan is implementing a project aimed at reducing regional differences in farms in the Greater Caucasus region with financial support from the European Union.

Slow Food Fund’s projects are a tool for developing an on-site agricultural model for biodiversity conservation, increasing local production in accordance with climatic and soil conditions, in harmony with the environment and clean food products for society.

Cooperation with local executive authorities, non-governmental organizations and other ensures the harmonious development of the Greater Caucasus region of Azerbaijan (Shamakha, Ismayilli, Gabala, Sheki and Gakh regions), reducing differences between the capital and the regions, improving the standard of living in rural areas, preserving cultural heritage and biodiversity.

A list of endangered national foods will be included in the World Arch of Taste book, compiled by the International Association of Slow Food, located in the Italian city of Turin.