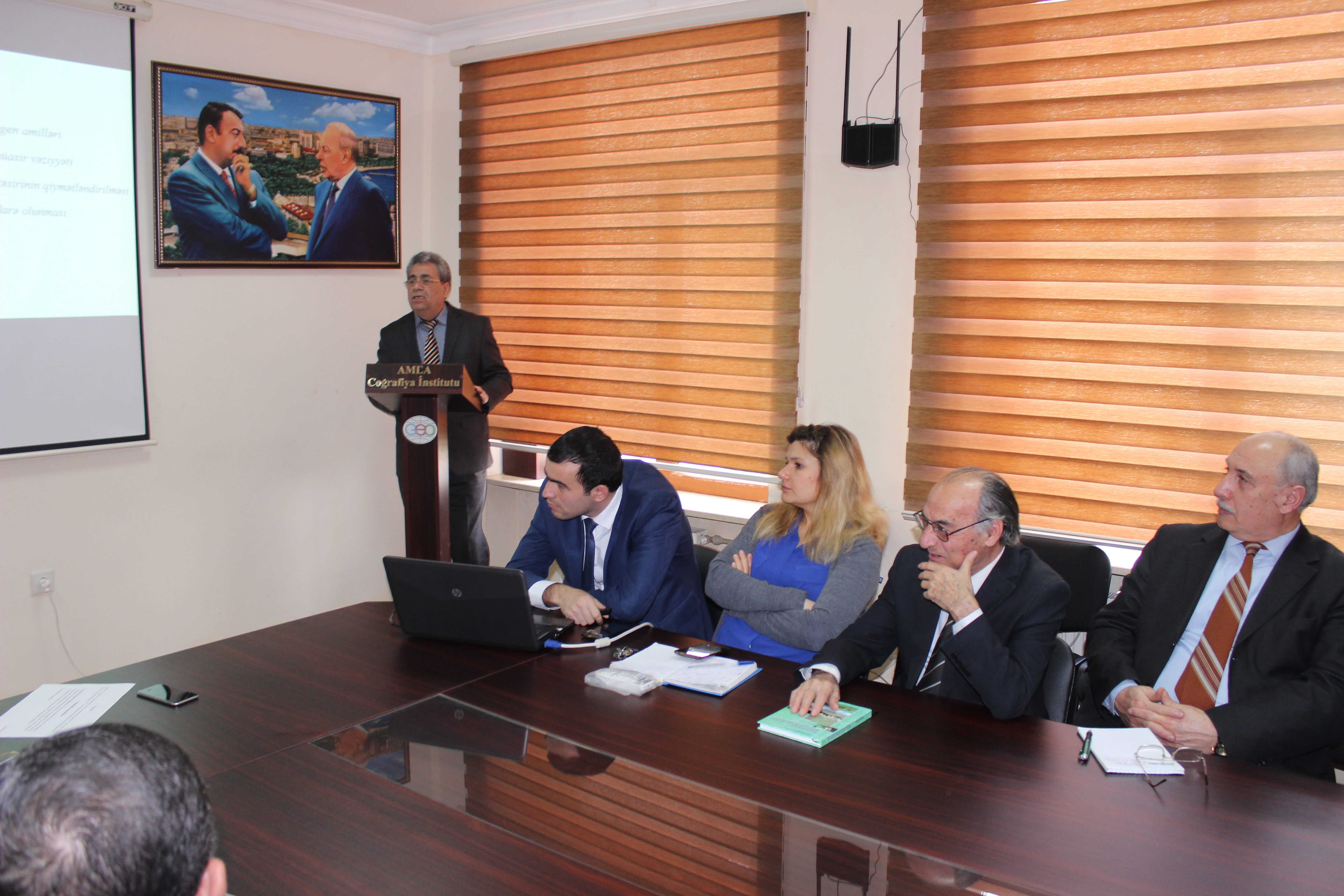 At the next scientific workshop of the Institute of Geography named after acad. H.Aliyev of ANAS, PhD Ismayil Guliyev made a report on the models of high-quality land management, subsoil exodynamic processes as a result of human activities and environmental normalization.

The main reason for the strong susceptibility of soils to exodynamic processes in the Jeyranchel massif is the speaker in the unsystematic extensive grazing of livestock in the territory and multiple excess of the number of livestock per hectare.

The scientific explained that the expansion of farming in the territory increases the risk of damage to the soil. According to calculations, the wind speed reaching 4.5-5m /s during 15 days in a year can erode fertile fractions of 550-570 t of land from each hectare of plowed land.

As a result, the deepening of the basis of erosion on the left bank of the Kura, in comparison with the adjacent territories, leads to an acceleration of erosion processes and to a gradual decrease in fertile soils.

The expansion of farming on the territory causes a reduction in available winter pastures. So, land plots will degrade even more.

The researcher considers it advisable to feed the manure of soil Jeyranchel suitable for sowing, and thereby increase fertility by 25-30 %. He noted that wind erosion occurs mainly in summer.

Preventive measures should be taken to prevent a negative impact on the soil. They need to monitor the weather forecast, and to increase the humidity by artificial irrigation before the wind starts.