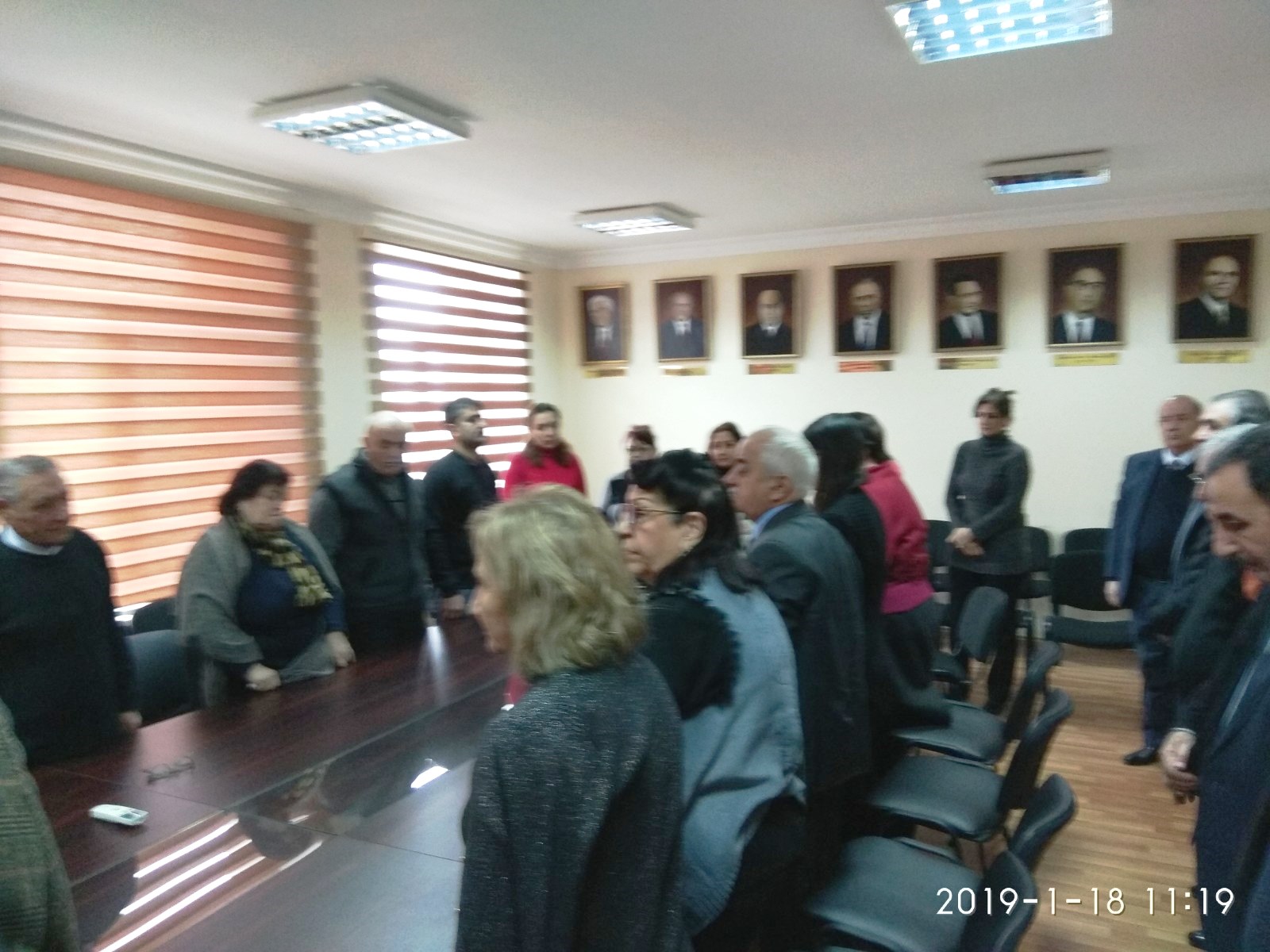 29th anniversary of 20th January events was marked in the Institute of Geography named after acad. H.A.Aliyev.

First they remembered by the minute of silence the citizens of Azerbaijan who sacrificed their lives for the independence and territorial integrity of our country.

Then the deputy director for science, associate professor Maharram Hasanov, delivered a report entitled “The bloody and glorious page of history”.

Recalling the events in chronological order, M.Hasanov noted that the tragedy in Baku was committed by the Russian empire according to a predetermined plan and was carried out with particular cruelty.

He noted that the bloody events aimed to take away freedom of the people, break its will, on the contrary, awakened the national feelings of the Azerbaijani people, and directed its efforts towards unity for the sake of a common goal and an uncompromising position towards the enemy.

The alley of martyrs, where the heroic sons and daughters of the people are buried, will remain in his memory as a sacred place of pilgrimage, as it is today.

Chairman of the trade union organization, PhD Habil Akhverdiyev, noted that the events of January 20 demonstrate the struggle for the independence of our inflexible people, the beginning of the national liberation movement, and the essential of our progress towards independence.

Speaking about the events of January, the staff of the Institute said that this crime against our Motherland will never be forgotten and that they are proud of the sons of the people who have fallen victims.