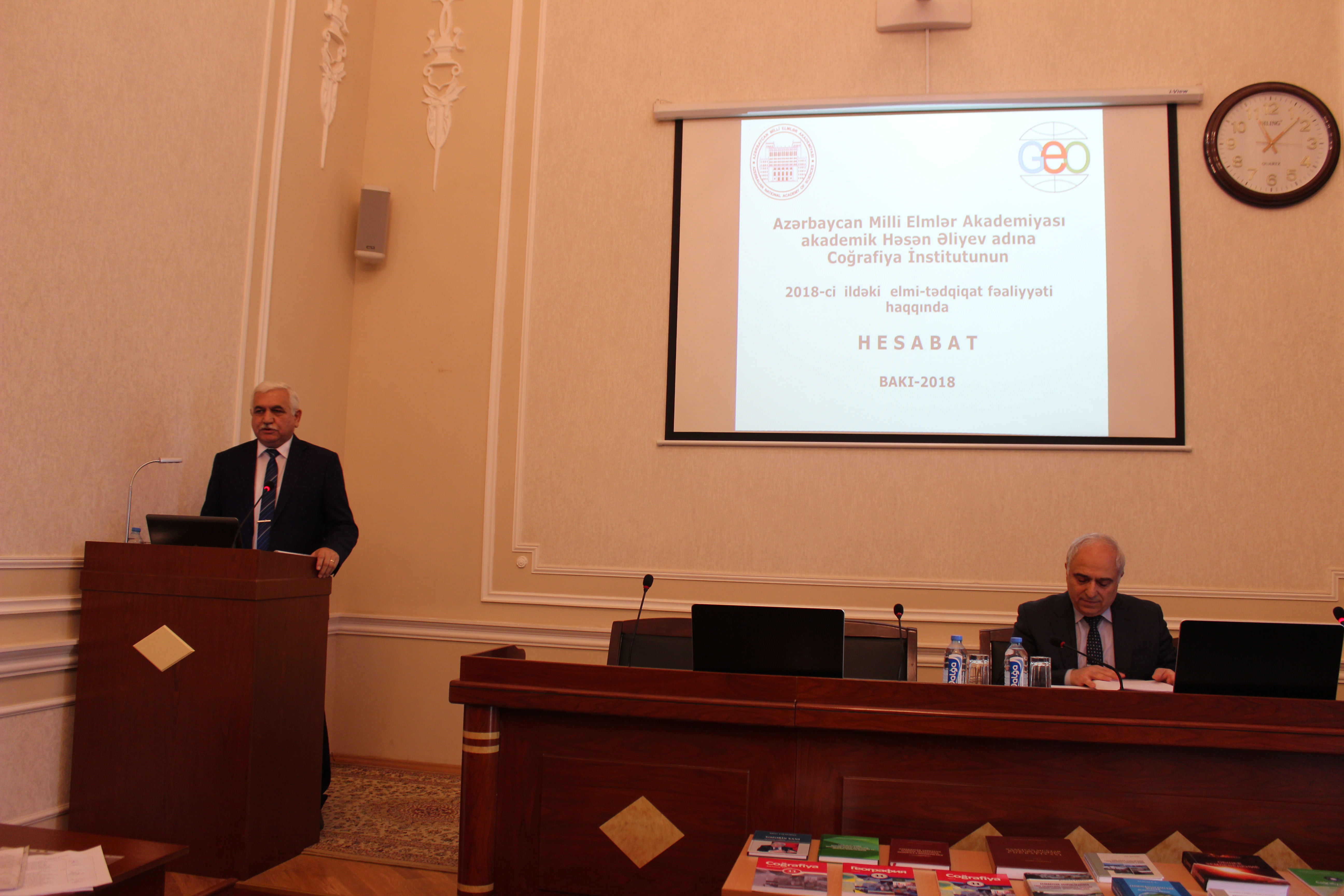 At the next meeting of the Dept of Earth Sciences, held at the Institute of Geology and Geophysics of ANAS, the final report on scientific-organizational activity for 2018 was presented.

The meeting was attended by the vice-president of ANAS, academician Ibrahim Guliyev, academician-secretary of the department, academician Fakhraddin Kadirov, heads and representatives of the relevant institutes, as well as employees of the institute.

After announcing the issues on the agenda, F.Kadirov gave the floor to doc. Maharram Hasanov, deputy Director for science at the Institute of Geography.

The speaker reported on the research work on 17 topics, consisting of 18 stages/ $ topics were performed this year, 11 works, 18 stages were completed; 3 important scientific results were obtained.

The scientist added that the condition of the water reserves of the Lenkoran natural region was studied, which decreased by 5%. This, he said, was a consequence of the excessive use of water from rivers through canals and the arid climate in 1991-2015. This was also influenced by a change in precipitation regime.

M.Hasanov reported on experimental confirmation of the fidelity of using the mathematical method to determine the instantaneous relief on the water surface during a wave from the instant image of the reflection of solar reflections.

The scientist also mentioned the growth of income in agriculture: crop production - 46%, livestock - 54%, and 44% - grain production in comparison with 2005.

During the reporting period, 3 books, 10 monographs, 1 journal and a manual, 3 textbooks, 2 manuals, 120 articles (4 of them with impact factor, 39 published abroad) were written.

Discussions followed at the end of the speech. Then the annual report for 2018 was adopted with a high appraisal.