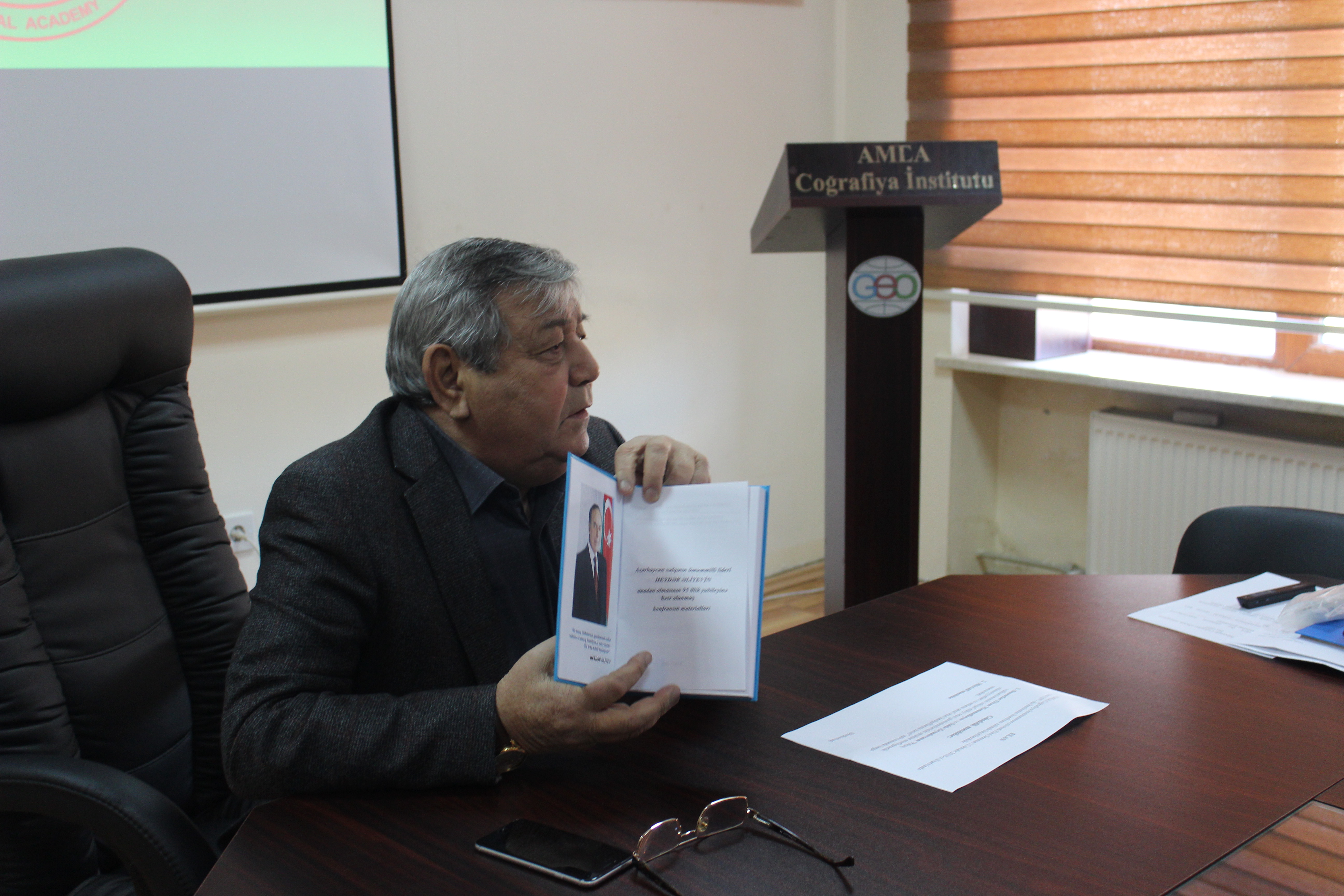 The book “Land management in a market economy: achievements and modern appeals” has been presented in the Institute of Geography named after acad. H.Aliyev of ANAS.

Academician Ramiz Mammadov opened the meeting. He said that Chief Editor of the book: K.A.Hasanov and A.Alizade; scientific editor: R.Mammadov; responsible for the issue- Z.Eminov and M.Hasanov.

It published materials of the Conference dedicated to the 95th anniversary of the birth of the national leader of the Azerbaijani people Heydar Aliyev with the participation of the state Committee on property issues of the Republic of Azerbaijan and the ANAS, including the Institute of Geography.

The academician underlined the importance of organization of the land administration in modern conditions. He noted that the most important feature of the land reform , founded by H.Aliyev, is its substantial scientific base and the wide application of the latest scientific achievements and innovations in this field.

The Director noted that the successful implementation of scientific achievements of the Institute in land management is the main task for the future.

Head of the cadastral service under the Property Committee, Ramiz Guliyev, noted that the transition to the principle of efficient land management initiated by leader Heydar Aliyev, is underway.

Today, under the leadership of the head of the state, work is done to create a systematized database on effective land management.

Habil Akhverdiyev, chairman of Trade Union organization of IG, shared with participants of the meeting memories of the national leader of the Azerbaijani people Heydar Aliyev, and spoke about his attitude to science.

Then the winners of the competition for the best research work announced at the scientific-practical conference on the theme “Land management in a market economy” were rewarded with cash prizes and honorary diplomas.