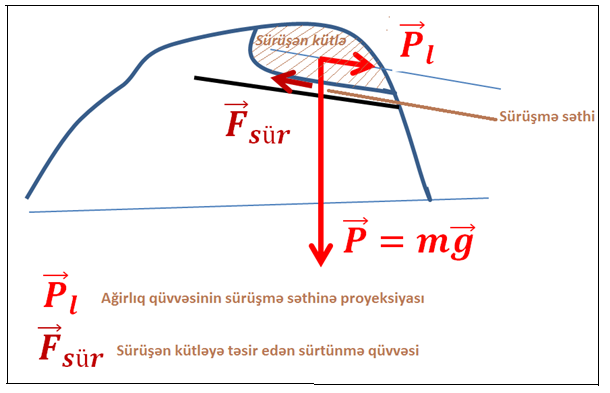 A landslide is a dangerous geomorphological event occuring on the surface of the Earth. The name of the field of science involved in this natural process is geomorphology.

Geomorphology studies the terrain, vertical and horizontal faults, patterns of variability and evolution, the genesis of processes that have a tendency and, in general, occur on the surface of the earth.

As a results of processes occuring in a section of the earth’s surface over a period of time, various factors dominate the phses of a landslide.

Landslides are formed on the slopes of valleys or the river bank, in the mountains, near the sea, etc.

The most significant landslides occur at the bottom of the seas and oceans. They occur on slopes with porous and aquiferous sediments. In many cases, movement on the slopes of large masses of land or rocks is caused by rainwater and soil wetting. So, the mass of wet soil becomes heavier, it becomes mobile. Then, with increasing slope, the process accelerates.

The process is influenced by geological processes in the deeper layers, the movement of tectonic plates, seismic conditions and anthropogenic load.

But when activated in a landslide, they are of a backgroung character.

The scientist stressed that one of the main reasons for the activation of landslides is climatic warming on the globe.

Extreme meteorological events created by him are cleary visible on the territory of Azerbaijan.

According to the latest report of the UN Interstate Climate Change Expert Group, the frequency and range of such extreme events will gradually increase.

This is the summery of the article of Academician Ramiz Mammadov.