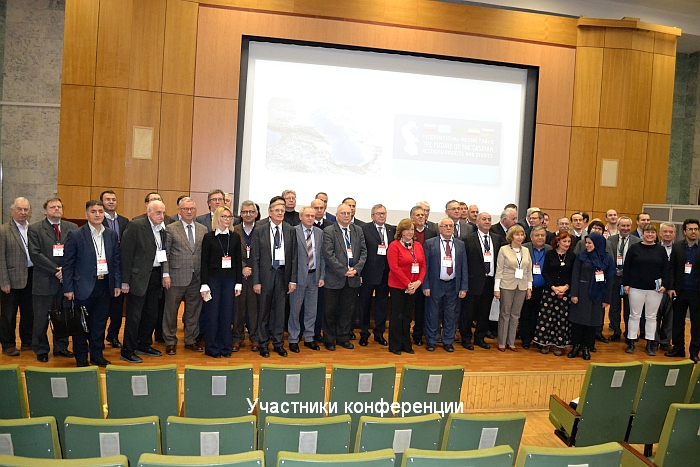 On November 28-29, 2018, academician Ramiz Mammadov, director of the Institute of Geography named after acad. H. Aliyev of ANAS, made a presentation on the theme “ scientific projects and research” at the Institute of Oceanography of the Russian Academy of Sciences in Moscow. He moderated the final meeting of the International Forum.

Speaking at the opening ceremony, the head of the Russian Foundation for Basic Research, Academician V. Panchenko and president of the National Science Foundation of Iran, Mr. N. Zargam, stressed the importance of international cooperation in scientific research on the Caspian Sea.

Then the vice-president of ANAS, academician I.Guliyev, noted the importance of international cooperation, and also added that the time had come to create an international research center. He also explained the advantages of organizing a joint expedition of scientists from five Caspian countries.

The director of the Republican Center of Seismology, corresponding member of ANAS G.Yetirmishli, took part in the meeting.