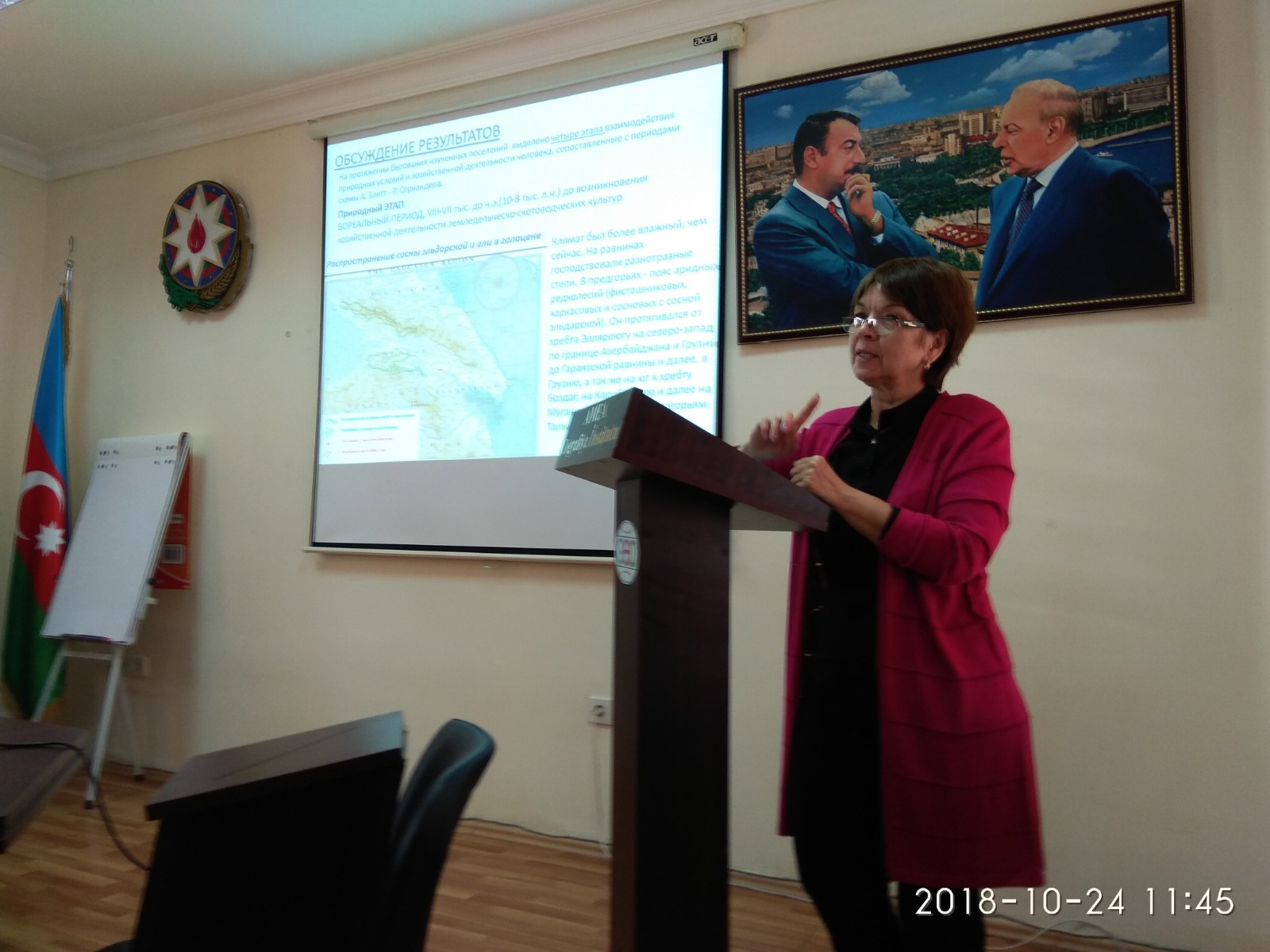 At the meeting of the Scientific Workshop of the IG of ANAS, the report of the D.Sc. in geography Elena Taghiyeva was presented. The theme of the report was “Changes in natural conditions and their impact on the settlement of people and their economic activities (at the example of the Neolithic settlements in Azerbaijan”.

She said, that “after the discovery in 1960 of one of the oldest Paleolithic sites in the Caucasus, the Azykh Caves, the territory of Azerbaijan was included in one of the migration routes of early hominids from Africa to Europe. The so-called anthropogenesis. Justification of the anthropogenesis hypothesis was confirmed by the discovery of a number of early Paleolithic sites in the Caucasus- Dmanisi in Georgia, Aynicab, Mukhkay, Gegalashur-in Central Dagestan, Taglar, Gazma, Buzeir, Damjily, garaj, Jimjimah in Azerbaijan”.

According to her, favorable natural conditions-humid subtropical climate, savanna-type landscapes with abundant fauna (Ostriches, rhinos, elephants, hipparions) contributed to the appearance of the first azikhantropes on the territory of Azerbaijan in the period of the Eopleistocene and Early Neopleistocene (1.7-0.700 million years ago) and its subsequent settlement.

She recalled that in result of the archaeological expedition of 2010-2013, 169 archaeological objects were recorded on the unoccupied part of the Karabakh plain relating to the beginning of the holocene (10-11 thousand years ago).